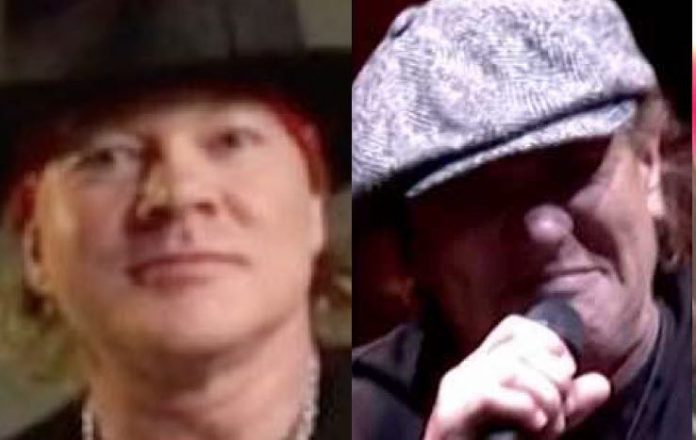 AC/DC drummer Chris Slade played AC/DC hits for the final time this year, but it was with Chris Slade Timeline, and not with Brian Johnson or Axl Rose like on the 2016 ‘Rock or Bust’ tour.

Chris Slade said, “More photos of our last and sold out show of 2019 at KAMMGARN Hard Austria. THE CHRIS SLADE TIMELINE are now booking for next year. Photos by Raoul Schupbach #dwdrums #kemperamps #musicmanguitars #Londondrumstickco #Muzivox.”

Angus Young recently revealed an AC/DC singer’s ‘anger’ after being replaced. AC/DC’s ‘Back in Black’ was recently cerified 25 times Platinum, and fans were thrilled on the band’s Reddit page.

MrDudeWheresMyCar posted, “Looks like this album is never going to slow down.”

Alvinrock said, “New way of calculating certification with streaming and downloads as opposed to only physical sales.”

DanielPlainview22 wrote, “Actually they do have a way of calculating it. I can’t remember the formula and I don’t feel like looking it up right now, so I’m not even going to attempt to explain it in detail, but x number of streams = 1 album sale and x number of singles downloaded = 1 album sale.

No that won’t account for illegal streams and such, nor am I claiming that it’s a good or bad formula. However, they do get sales/certification credit for streams on sites like Spotify as well as credit for downloads on iTunes and similar sites.”

AC/DC are rumored to tour next year with the reunited surviving ‘Back in Black’ lineup of Brian Johnson, Angus Young, Cliff Williams, and Phil Rudd back together for the first time in years. A huge AC/DC 2020 festival rumor was revealed last week.