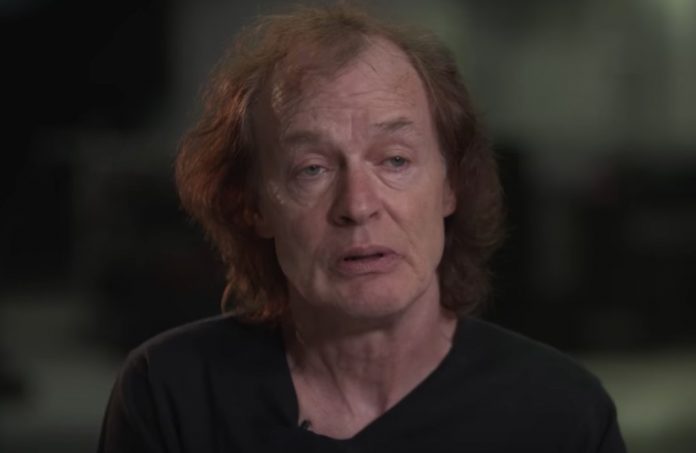 Original AC/DC singer Dave Evans was interviewed by Neil Turbin of The Metal Voice recently and discussed a variety of topics. Here, Evans reveals why Angus Young is a recluse. Alternative Nation transcribed Evans’ comments. An AC/DC icon revealed a drug breakdown at a restaurant a few days ago.

Evans: I haven’t spoken to Angus [Young] since the seventies, I guess. Really, I haven’t seen the band either and he hasn’t seen my bands either so, we’ve been in different countries.

Turbin: And I get it, it’s kind of like: “oh yeah, you’re in this band” just like they say that to me but it’s like, how many times you call your ex-wife asking to hang out after she threw the frying pan atcha. Know what I mean?

Evans: But the thing is also being international acts, you’re all around the world.

Evans: I’m busy, they’re busy, and also Angus is also a bit like me too. When you’re not working in the band, he keeps by himself. I’m the same, when I’m not touring, I’m back in Australia and in the Blue Mountains which is west of Sydney and away from people. Now when I was living in Texas, I was living on the edge of Gunbarrel City there. So not with people. So Angus is a recluse when he’s not working and I’m a recluse when I’m not working so that’s just the way it is.

Evans then in the earlier part of the interview talks about his time hanging out with late AC/DC frontman, Bon Scott and how even though Evans was the original AC/DC singer, he was also the youngest. Brian Johnson recently reacted to being spit on at a concert.

Turbin:  And you hung out with Bon [Scott]?

Evans: He used to hang out with us in Adelaide, that’s where he was living at the time. He was a friend of the older brother of Angus Young, George. George Young.

Turbin: And you were saying that Brian Johnson, Bon Scott and those guys are actually older than you? You’re the youngest one right?

Evans: Yeah, we were kids and apart from Colin Burgess who was a bit older than us because he was from the Sixties and already a star but out of the three singers – Bon Scott was twenty nine when he joined AC/DC which is old when you’re twenty-one, twenty-two and Brian is a few years older than me too so I’m the original singer but I’m still the youngest out of the three.

Brian Johnson made a terrible AC/DC tour claim last week when it came to stadium venues.