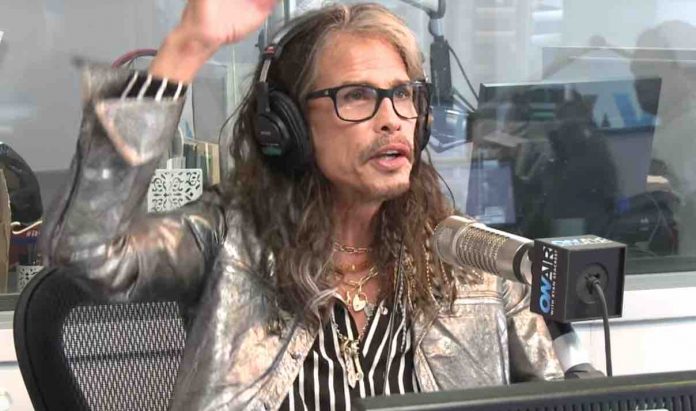 Music guru and metal authority Eddie Trunk recently shred more light on the Steven Tyler/Joey Kramer situation on the latest edition of his SiriusXM show. The metal god revealed that Kramer called him personally and wanted to discuss the situation with him personally. Steven Tyler ‘kicks out’ Aerosmith icon at bad show.

Trunk then noted how that initially wasn’t the best idea for the acclaimed Aerosmith drummer. Alternative Nation transcribed Trunk’s comments.

Eddie Trunk: A week and a half ago Joey [Kramer] called me personally and asked me to come on my volume show where he wanted to discuss and reveal what was going on. Although that would have been a great radio moment for me, I also care about the guy and wanted to give him the opportunity to really think about it before he went off about the situation. So I suggested to Joey that he wait through the weekend and through the Grammys and see how he felt on the other side of that before he went public on a national radio show and he agreed that was a good idea. Since then we know that Joey showed up at both events but did not play.

Aerosmith family rips Steven Tyler for ‘lying’ to fans. Trunk continued: I have reached out to Joey and told him now if he’d like to come on and say something given that he went to the events and how he feels about it I would welcome to come on the show and give his thoughts. I have yet to hear from him about it. My understand is Aerosmith either started up or about to start up doing the Vegas thing again. My understanding is in speaking to some people backstage at MusicCares that they were gonna give Joey another chance to rehearse with them while they were in Vegas and if they felt that he was playing at a level capable enough to play a full show then he would rejoin the band. If they didn’t feel he was up to par and unable to play a full show I guess they would figure it out from there.

Steven Tyler’s girlfriend leaks painful Joey Kramer photo. In other news regarding Steven Tyler and Aerosmith, fans on the Aerosmith fan forum Aeroforce discussed the group’s fiftieth-anniversary show at historic Fenway Park. User Pillis wrote: “Too much money even more than Vegas and with no news about Joey, that’s really too much of a gamble for me. Also, I assume there are gonna be some professional recordings available so I’m skipping this with no regrets. Knowing their past schedule Japan seems very logical to me and it’s a good guess. In any case, I’m already seeing them this year and I did Vegas so I can’t complain. Have fun guys, I’m sure the band is gonna be in much better shape once they reprise rehearsing with Joey in spring. Sloppy or not they sound better with him than with this fill-in tech.”