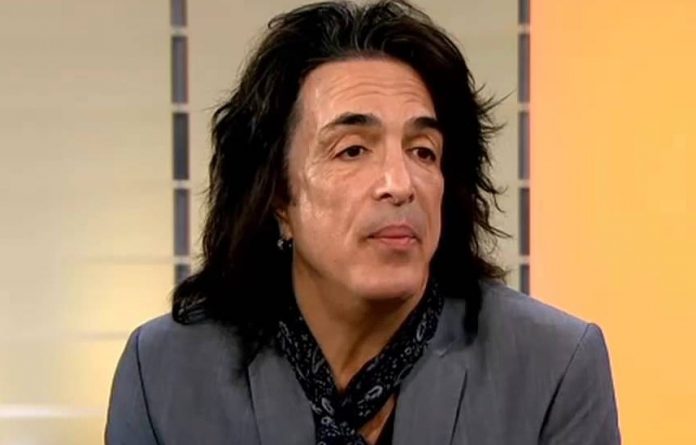 In a new interview with Rock Talk w/ Mitch LaFon, music producer Doc McGhee discussed how Paul Stanley and KISS are still able to be the main act on many shows, comparing their tours with Motley Crue’s stadium tour and Sammy Hagar’s most recent tour. In addition, McGhee talks about how many bands have a hard time playing with ‘The Hottest Band In The Land’. Alternative Nation transcribed the comments. Paul Stanley ‘refuses’ to leave store in KISS photo.

Mitch Lafon: Let’s talk about the packaging. You’ve got a lot of packages out there. You’ve got Motley Crue with Def Leppard doing their stadium tour, you’ve got Night Ranger going out with Whitesnake and Sammy Hagar. KISS, for the most part, have stayed the headliner and it’s a KISS show. It’s not the package tour, the stadium tour. Talk to me about that concept and how KISS is able to go out there without being one of four or five and still be the main act?

Doc McGhee: Well KISS has never been good, we don’t play in the sandbox very well with other bands, because, you know, with our pyrotechnics and the way that we do our stuff – to do a KISS show, it’s very hard to follow or try to upstage because it’s all about staging, it’s all about production and bigness. So, you can one-up us on a song, you can say that you wrote a song that’s sold more records and it was bigger on the charts and it’s on the elevator when you come in and you’re not. However, you’re not gonna come and out produce us on the show. So that’s why it’s very difficult and it’s difficult for other bands to say that they want to play with us because they might come out in gym shoes and t-shirts and play hit songs. Okay, but when we’re out there blowing fire and the **** that we blow up and the flying and everything else that we do, it’s just a different thing. It’s like My Piano might be up for an Academy Award because it’s a great art film but everybody goes to see Marvel. It’s art vs entertainment and we’re entertainers.

In other news revolving Paul Stanley and KISS, fans took to the KISSfaq fan forum to discuss what they feel will be next for the band. One user wrote: “I would love to see them remaster and re-release their classic albums, with new artwork, lost hidden gems, etc.
Sort of like what they did with Destroyer Resurrected and the deluxe Love Gun, or what Jimmy Page did with the Zep albums. Some concert albums would be cool too. The Creatures era is so underrepresented. I wouldn’t mind them cleaning up some live recordings from that era and releasing them. There are so many possibilities. I’m sure Gene and Paul are not going to go quietly into that good night.” Paul Stanley calls out ‘overweight’ KISS icon photo.