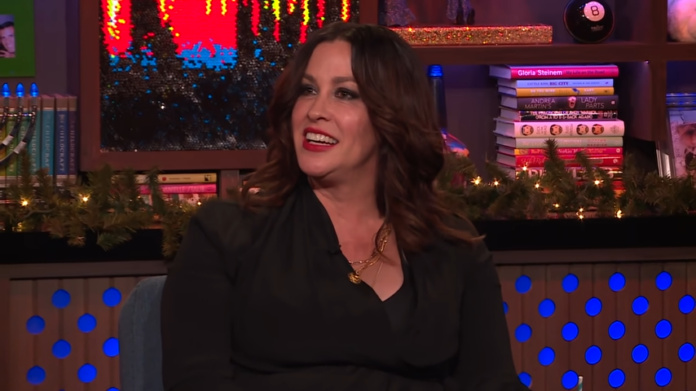 When you think of impactful albums to come out of the 1990s, you simply cannot leave off Alanis Morrissette and her 1995 smash hit LP, ‘Jagged Little Pill’. The album which was released back on June 13th, 1995 spawned an impressive six total singles that have relevance today including ‘Head Over Feet, Ironic’, ‘Hand In My Pocket’, and ‘You Oughta Know’ among countless others.

Back to one of that album’s aforementioned singles, ‘You Oughta Know’. It has been long rumored that the track has been written about Full House actor Dave Coulier at the time of their breakup. However, there were also rumors that the song was about Dave’s fellow Full House co-star, Bob Saget, New Jersey Devils player Mike Peluso, as well as Friends actor Matt LeBlanc.

Recently, Coulier was interviewed by Jim Norton & Sam Roberts on SiriusXM where he was asked about the situation and for his credit, the Full House star revealed how the two discussed reconnecting and how he should address the relationship moving forward.

“Years later we reconnected, and she couldn’t have been sweeter, and I said, ‘What do you want me to say when people ask me about this relationship?’ and she said, ‘You can say whatever you want.’ So she was really sweet about it. She was kind.”

During the same interview, Coulier revealed his first reaction the first time he heard the song. “Here’s the story. I’m driving in Detroit and I’ve got my radio on, and I hear the hook for ‘You Oughta Know’ come on the radio. And I’m like, wow, this is a really cool hook,” said Coulier. “And then I start hearing the voice. I’m like, wow, this girl can sing. And I had no idea, you know, that this was the record.”