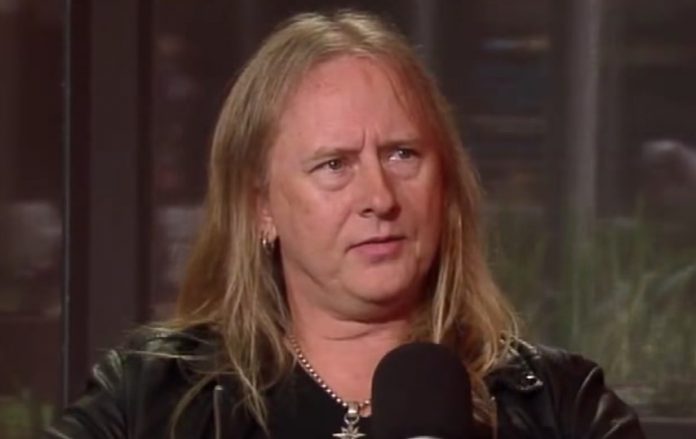 Perhaps one of the most shocking revelations about the Rock And Roll Hall Of Fame is that Alice In Chains are not apart of it. Many would have thought, or would think, that the band had already been in as they have been eligible for such a title since 2015 – almost seven years ago at this point. Sadly, they are not in the Hall Of Fame with their friends yet. Jerry Cantrell had some choice words for those that control the Hall Of Fame.

In a recent interview, Jerry Cantrell was asked what it was like to not be in the Hall Of Fame yet with Alice In Chains. Cantrell really had the attitude of not caring too much about the title or lack-there-of.

Cantrell told WMMR radio (As transcribed by BLABBERMOUTH.NET): “I’ve seen some of my friends and peers and mentors be accepted. And it’s not something that’s gonna make or break your career, but it’s always nice to be recognized for your work. I don’t really spend a whole lot of time thinking about it. Like I say, it doesn’t make or break my career. But it is always nice when people recognize your music and your work and appreciate what you do. That’s the reason why you do it — to satisfy yourself as a musician, to create something out of nothing that makes you proud and makes you feel and then give it out to the world and have people react to it and make them feel as well and make it part of their life. It becomes personal to them as well as it’s personal to you.”

Personally, as an Alice In Chains mega-fan, I feel they should have been inducted on the first eligible year as Cantrell’s guitar bits as well as writing are timeless. Of course, Layne Staley’s vocal work was also huge along with the rest of the band completing the recipe.