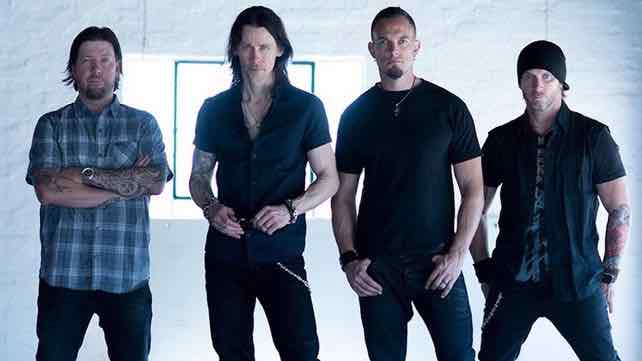 Myles Kennedy toldthe “Lipps Service With Scott Lipps” podcast that Alter Bridge fans will have to wait for the followup to 2019’s “Walk The Sky” album.

“We are not yet. I think everybody’s kind of hunkered down in their own solo project. I know Mark Tremonti [guitar] is in that world right now. Obviously, I’ve got [my second solo album coming out]. So I would say we’ll start thinking about that more towards the end of the year, early next year. Speaking for myself as a writer, I need to refill the creative well. Having done the Alter Bridge record, and then the second solo record, I need to get those creative juices built back up again.”

He said Slash featuring Myles Kennedy and the Conspirators are making more progress on a new album. “The back-and-forth process has been going on now for months,” he said. “So, lots of stuff in the works there. And we’ll just see what happens as far as a release and all that. Obviously, these are crazy times with the COVID.”

Alter Bridge released an EP called “Walk The Sky 2.0” last November on Napalm Records. Scott Stapp has teased a Creed reunion in the last year, which would add more to Mark Tremonti’s plate.