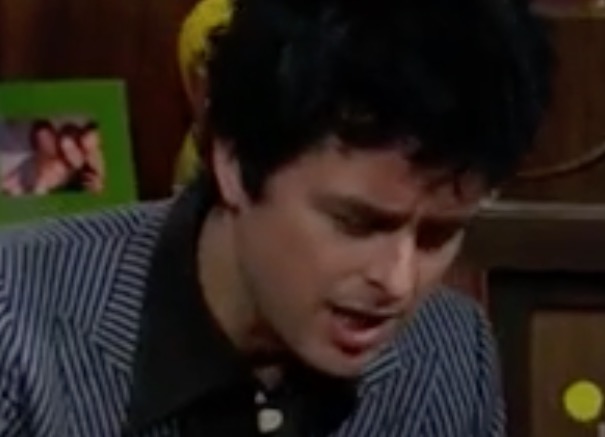 MarksFriggin.com recapped: Howard said he’s going to start a band so he has to know the process of writing a song. He said he heard they will just get together and jam. He asked if they get together and just play. Billie Joe said he had a beat he wanted to do with Father of All Mother Fuckers. He said he went in with Tre and recorded in a garage basically. Howard asked how he tells Tre what he wants. Billie Joe said he just kind of beat boxes something with his mouth. Tre said he’s a good drummer too so he’ll get on the drums and play it for him. He said that works too. Billie Joe said that Mike will come in and play around with stuff too. A Green Day fight at a studio was recently revealed.

Howard said no one is doing protest music anymore. He said they’re like the last of a dying breed. He said no one is making protest songs. Billie Joe said he thinks we’re so bombarded with all of this different information and negative stuff. He said it’s hard to feel inspired by something. He said if you’re watching the news channels and seeing the negativity and the grossness of where we’re at it’s hard to feel inspired. He said he thinks there’s more escapism now.

Howard said he’s been watching MSNBC lately. He said there are different realities on FOX and MSNBC. He said he’s not sure how we’re on such a different page. He said music has to be an escape from all of that.

Billie Joe said Father of All Mother Fuckers is about escapism and how fucked up things are. He said we’re in a new kind of depression right now. Billie Joe Armstrong revealed a disturbing injury last week.