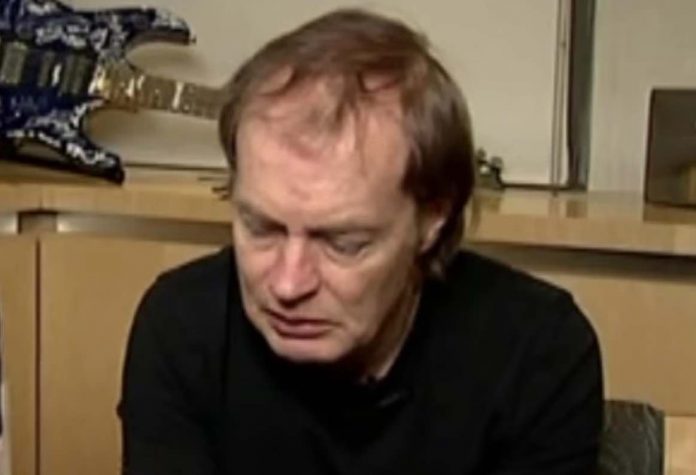 AC/DC guitarist Angus Young has reacted to the death of Eddie Van Halen. Young said, “Eddie was a guitar wonder, his playing pure wizardry. To the world of music he was a special gift. To those of us fortunate enough to have met him, a very special person. He leaves a big hole in a lot of hearts. To the Van Halen family my heartfelt sympathies.”

Paul Stanley tweeted, “Oh NO! Speechless. A trailblazer and someone who always gave everything to his music. A good soul. I remember first seeing him playing at the Starwood in 1976 and he WAS Eddie Van Halen. So shocked and sad. My condolences to Wolfie and the family.”

Metallica said, “We are enormously saddened to hear about the untimely passing of Eddie Van Halen. We considered him an inspiration, an idol, and after spending a summer together on the road in ’88, a friend. Sending love to Alex, @wolfvanhalen & everyone in the greater VH family.”

Tony Iommi wrote, “I’m just devastated to hear the news of the passing of my dear friend Eddie Van Halen. He fought a long and hard battle with his cancer right to the very end. Eddie was one of a very special kind of person, a really great friend. Rest In Peace my dear friend till we meet again.”