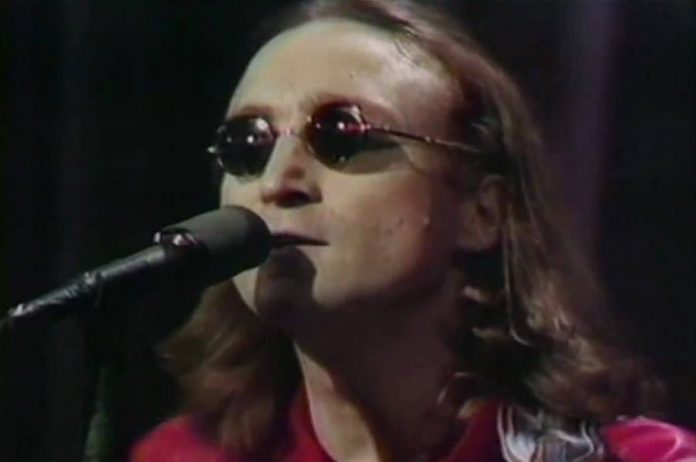 John Lennon‘s official Twitter account recently tweeted out the following quote. The quote comes from an interview that took place on December 8th, 1980. John Lennon’s painful ‘wounds’ were finally revealed. This would be John Lennon’s final interview before his untimely death, which happened a few hours after this took place. This John Lennon ‘Violent’ threat before his death was recently revealed.

The quote can be viewed below:

‘I’ve always considered my work one piece and I consider that my work won’t be finished until I am dead and buried and I hope that’s a long, long time.’

In other headlines regarding The Beatles, The official Facebook page of the band posed the question to fans of the fab four: “Describe your fantasy adventure with The Beatles” and the answers that were given so far have been very creative, to say the least!

Scott put: I’d like to go camping in the mountains with them for a week at the height of their popularity. We would fish and hike together during the day spending quality time getting to really know each other. At night we would sit around a campfire with beer, mixed drinks, joints, acoustic guitars, and ukuleles. Ringo would play percussion on a cooler, bucket, or whatever we have. We would sing their existing songs and come up with new ones that eventually end up on new Beatles records; I would end up being included in the writing credits. Lennon, McCartney, and Thompson. We become best of friends and afterward, I am invited to join them in the studio for their recording sessions, sometimes sing on tracks, and travel with them around the globe. My dream!

Whereas Michael replied: ” Actually I would like to visit with them individually. Visit with Paul and Linda on their farm during the Ram Sessions. George would have loved to have met him in his earlier days with the Beatles and then later visit him and walk through his garden with him during all things must past. With Ringo a spent day just getting into and out of trouble with him. And lastly, of course, is John. I would have liked to visited with him prior to 1980 and convinced him to move back to the UK and away from NY and add a little more security around him.”

This John Lennon creepy death remark finally leaked. Top fan Elizabeth didn’t have to fantasize as she explained: “I already did it! In a dream I had many years ago: The four of them arrived in my house, joined by a large group of technicians and helpers which conformed their team, in a yellow bus covered with paintings and graffitis! They invited me to make a little tour with them along with my province (I live in the state of Morelos, Mexico). I remember all the towns we visited together, like Tlayacapan, Yautepec, Cocoyoc… we were singing along all the time. At the end, we arrived back at my house in Tepoztlán, and they all came in for a good while to continue chatting, drinking and laughing. Isn’t it fantastic? After all these years, I remember every detail, even the clothes they wore! (I won’t make this text too much longer, but the description of every scene is much wider…)“