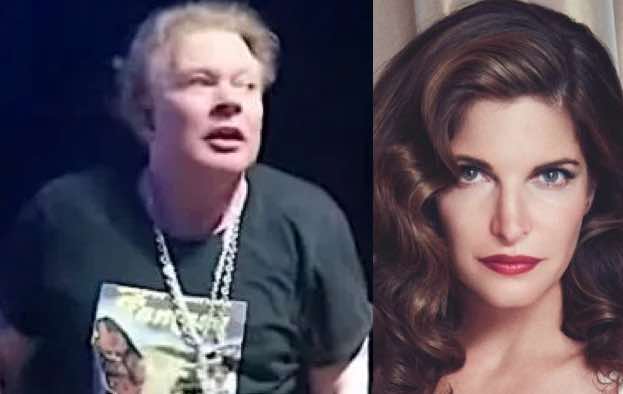 “I love the horses,” said the renowned model who is married to Peter Brant in an interview with BloodHorse.com. “I love watching them train. The whole process. It’s really beautiful.”

“I love horse racing, and you love it even more when you get a great win like this,” she later added.

MyPenisMightBeOnFire posted on the Guns N’ Roses Reddit recently about the band’s new album, “New music won’t sound like GN’R without Izzy. Izzy had a specific blues and country groovy rhythm flavor that is integral to GN’R’s sound and is noticeably missing on Chinese Democracy and Velvet Revolver’s stuff. Not that I wouldn’t be interested in what they’d come up with as far as new music or a new sound but I doubt it’d sound as good as 1985-1991 stuff.

Plus I bet Axl isn’t interested in the straight rock Slash has been making and Slash isn’t interested in ambitious ballad focused rock like Chinese Democracy stuff. They already did a Duff inspired punk album without Izzy that didn’t sound much like GN’R either. I hope we’ll get new music but I don’t expect the same sound or level of quality as 30 years ago.”

SuperChristSuperstar commented, “I hope it won’t sound like a 30 years old album. Too many bands have been stuck with their golden age sound and now they are worthless. GNR needs to continue with a Chinese Democracy sound, that’s their only way to be different from other bands.”