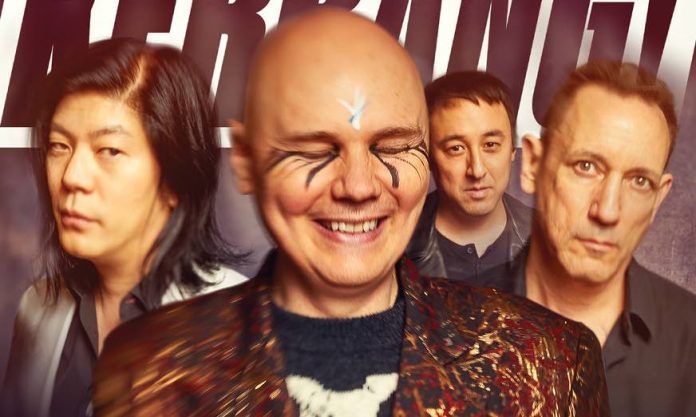 Billy Corgan revealed why Smashing Pumpkins bandmates James Iha and Jimmy Chamberlin are key to him making good albums, but also why he regrets not just being a solo artist from the beginning, in a new SiriusXM interview.

“[Chuckles] That’s a really beautiful question, actually. Well, this is bad psychology, but I think I looked to the bands I’ve been in as this sort of defacto family. I’m not very close to my family – more so closer now that I’m older and I have kids and stuff – but growing up, I wasn’t really that close to my family.

So I think the band became like a second family. And I think I put a lot of feelings and vibes on that family that they didn’t necessarily want – they just wanted to be in a band, they didn’t to be my cousin. But yeah, as far as an artist, I’m probably in many ways best working on my own or maybe more like how Bowie worked – you just work with different collaborators and if they inspire you, great, and if they don’t, move on to somebody else.

But I have this really interesting relationship with Jimmy [Chamberlin, drums] and James [Iha, guitar] that goes back so many years. There’s something about it – when they’re in the room, the records just get better, so I feel very good about that. And I feel very comfortable with sort of balancing my own autonomy, my own ideas, with the band vision now, in our elder years.

But yeah, that’s a beautiful question; I probably should have been a solo artist – it would have saved a lot of problems. [Laughs]” Ultimate-Guitar transcribed Corgan’s comments.