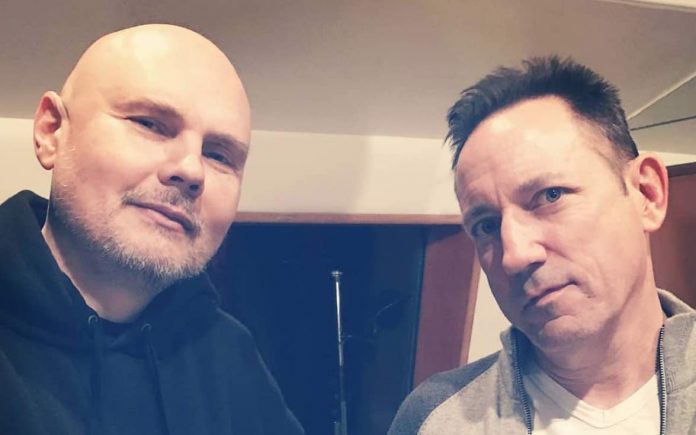 Billy believes he has been “shadow banned” by Instagram, reducing his reach despite fans telling him they’ve signed up for notifications. He has his theories as to why he is shadow banned, but he’ll leave it to you to decide because it wouldn’t do any good for him to say.

He has given up on Instagram as a promotional platform for his personal account, which is why it is now private. Since he referenced being shadow banned on a previous live video he lost 1,000 more followers (proof of the ban, he seemed to imply).

The band left their management of the past several years due to disagreements about the future direction of the band. You should see them looking for new management as, “We’re in it for the long haul.”

He continued, ‘Look I’m talking to big, big managers, but it’s all very complicated. I have 100,000+ followers on Instagram, but not 100 million like some of these artists, which is crazy. It’s not nothing, but still.’ He wondered what the social media numbers would’ve looked like for the Pumpkins had it existed back in the day.

Augustus asked if he could have iPad time. Billy smiled and said it’s not a discussion to be had over Live and to ask his mom. Augustus made recurring appearances, preferring to keep hanging out there.

Someone asked about the Sumerian catalogue releases, he once again said the idea is for all unreleased/previously released material to receive a box set. Zwan, Unreleased acoustic album (he keeps referring to ChicagoKid without its name), TheFutureEmbrace, Zeitgeist, etc.

Someone asked, “What is your favorite Smashing Pumpkins song?” He replied, “That would be ‘Smells Like Teen Spirit.'”

When asked about artists leaving California, he said it was due to high taxes (similar to Illinois). Chloe wants to move to California. Billy mentioned at least they have good weather to go with the taxes, unlike Illinois 4 months out of the year.

Billy is confused about Illinois’ longterm plan with the high taxes on people like him. He believes when people like him make money they then use it to create jobs, etc. so they shouldn’t drive them out of the state.

Someone asked if his reduced Instagram reach has to do with going by ‘williampcorgan’ instead of Billy. He said, “If you’re a fan of somebody you’re gonna find them, you’re not gonna get stopped by some initials. If people can’t take 10 seconds to find you…”

He was asked about playing the early 80s songs with a full band. “I think the prospect of the Pumpkins playing deep-dive shows is getting smaller and smaller.”

‘There’s so much pressure on the Pumpkins to balance past, present and future.’ He and Jimmy are continuing to talk about resurrecting a version of Zwan to play the other material, and turning it into a deep-cut version of the band. They would play, “Zwan stuff, Pumpkins stuff, covers, early SP, whatever. I think that’s probably gonna be a more appropriate venue in terms of the musical experience.”

‘We’re in it to win it, we’re not in a big hurry to give anybody an excuse to say why we don’t belong at the top level.’

Augustus rejoined to say goodnight to everybody. They left to go watch “Clutch Cargo,” which Billy has gotten him into.