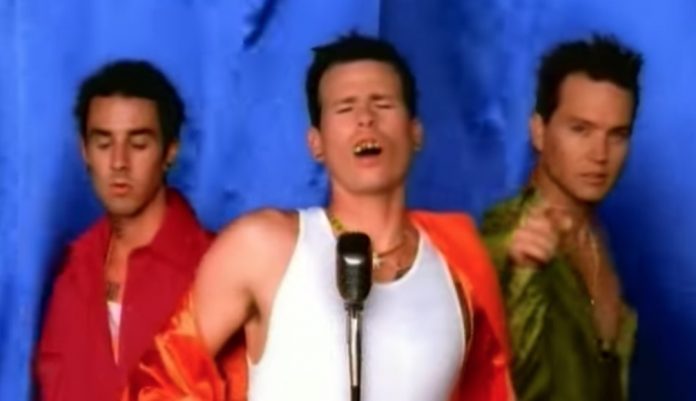 Blink-182 drummer Travis Barker survived another brush with death on Friday, a decade after a plane crash badly burned him and just weeks after dealing with blood clots.

On Friday evening, the musician was driving his 14-year-old son, Landon Asher, and the boy’s friend when a school bus collided with his black Mercedes SUV in Calabasas, California. No one was on the bus except for the driver. No injuries were reported. Barker’s vehicle was totaled.

“Yesterday, I was in a really bad car accident but I came out unscathed, which is pretty awesome,” Barker told E! News at the 2018 Beautycon event in Los Angeles on Saturday. “My car is totaled but I pretty much walked away OK, which is awesome. A school bus ran a red light. It was insane. I have a really big 4×4 G-Wagon and if I wasn’t in that, it might have been different but it held up pretty well.”

The accident took place a month after Blink-182 announced it had to postpone the band’s upcoming Las Vegas concert residency because Barker was “suffering from blood clots in both arms and unfortunately cannot perform until cleared to do so by his medical team.”

“I am recovering, I have blood clots,” Barker told E! News. “I have, I think, like 30 in my right hand in arm and I have about 10 in my left so I’m just waiting for them to clear up. I’m on blood thinners.”

Barker’s son Landon wrote on Instagram, “Life’s crazy…My dad, @carl.daw and I could have died today, our car was struck by school bus.. are car was Totaled thank god everyday because You never know if you’ll live to see tomorrow.”