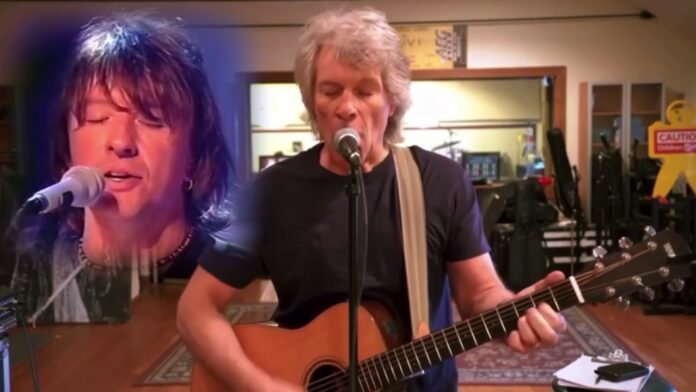 Dannielynn Birkhead, the daughter of the late Anna Nicole Smith got quite the gift during this year’s Kentucky Derby Eve Gala on Friday. The fifteen-year-old was surprised with guitar lessons from Bon Jovi guitarist Richie Sambora. According to a source close to PEOPLE, the daughter was front and center watching Sambora perform when he auctioned off his guitar. While she didn’t get the aforementioned guitar it’s being mentioned that the girl ‘nearly passed out’ when Sambora offered Birkhead private guitar lessons instead.

Bon Jovi recently revealed this ’embarrassing’ The Beatles member secret. “Dannielynn loved Richie – she was trying to get her dad to buy the guitar that was being auctioned off, but it got up to $75K,” the insider says. “She fainted when Richie offered to give her guitar lessons.”
“He invited them to come to stay in California — the Hotel Sambora — and offered to give her lessons,” the source adds. “Richie loves kids. He loves to do that for people.”

In other news concerning Sambora’s longtime bandmate, the legendary Jon Bon Jovi was the subject of criticism on the YouTube channel of The Darkness lead singer, Justin Hawkins. This is due to a series of allegedly poor recent concert performances by Jovi. Here, Hawkins stated how the “Livin’ On A Prayer’ singer should undergo therapy. Credit to Blabbermouth for the following transcription.

“It sounds like he needs some kind of therapy,” Hawkins said on his YouTube series “Justin Hawkins Rides Again”.“It doesn’t sound like it’s a polyp or some sort of lump on his vocal cords ’cause that would be more unpredictable — he would be hitting the notes and then it would squeak off and it would do something unexpected. … But that’s not what’s happening here. This sounds like he’s super tired.”