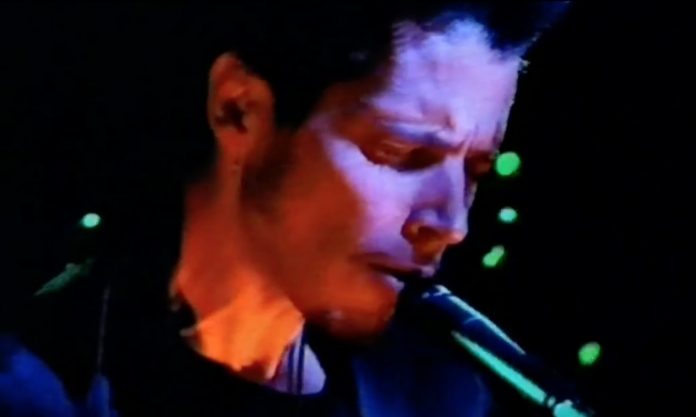 A devastating post was left on the official Instagram of Chris Cornell’s widow, Vicki Cornell’s. The post was about her father who passed away. Combined with this tragic loss, it brought back so many memories of her late husband, Chris Cornell as well.

The post stated: “My dad was born in Greece & came to America in his late teens-not speaking a word of English to find the American dream and he did just that as he was one of the hardest workers I’ve ever known, determined to give us the opportunities & life he didn’t. There was nothing he would not do for his family-we were his world. My dad was the most devoted family man.”

It’s so incredibly heartbreaking to read these words as Vicki has truly been through so much in recent years not only with the tragedy of Chris Cornell, but also of Cornell’s good friend and lead singer of Linkin Park, Chester Bennington as well.

She continued about her father: “He was elegant, stoic, proud yet humble. The first time Chris met my dad he was so nervous but he won my dad over and my dad became a dad to Chris. Everything Chris had longed for in his childhood-he finally had. Chris would watch & speak with such admiration & gratitude for my dads presence in our world- not just for himself but our children.”

It’s clear to see that Chris Cornell was very close with Vicki’s father as it seemed to fill a void that was in Cornell’s life.

She states: “He took care of all of us-at home he would wake up each morning to make the kids breakfast before school & pack their lunches -in the evenings we all sat together for Pappou’s incredible dinners. Chris was blessed to be touched by his love & he was grateful for it – a respect, love & bond that grew so strong.
My dad had very serious surgery – he was a smoker as was Chris. Chris said l will quit with you & together they did. When Chris was at his worst -it was my dad who helped him get back up. He helped him through his sobriety. My dad was patient, loving & present-he was our rock.”

Sadly, Vicki and her father would both lose Chris Cornell to his demons, but Vicki’s father would still stay together for them.

Vicky Cornell: “After losing Chris it was my dad who stepped up more than ever. Through his immense grief as he was shattered – not only for himself but for our children. He took his broken heart after the loss of his son & put everything into helping raise our children & trying to help us heal. Losing my dad was the 2nd hardest thing I have ever had to face. At 81-he lived, loved & had so much love in return. Again, there was no warning and after we had Sunday brunch – not an hour later our lives would again change forever.”

Vicky Cornell would close with a statement about her father and Chris Cornell in the post that you can continue to read below. We wish Vicky the best.