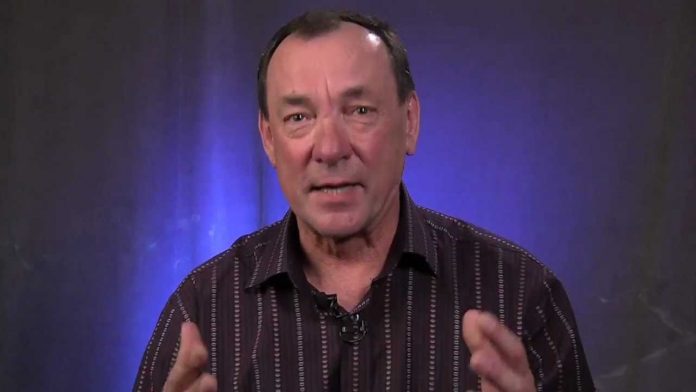 Peart said: “The bands I saw at high schools, the roller rink, and the Castle (“A Knight Club for Teenagers”) included local heroes like The Modbeats, The Evil, The Ragged Edges, The Veltones (still remember their mournful single on CHOW radio from their hometown of Welland, “Just Another Face in the Crowd”), and dozens more, plus so many truly excellent bands from Toronto.”

Peart continued: “A few records trickled out from there, too, and we all liked the singles and albums by Mandala and The Ugly Ducklings. (One of my earliest conversations with bandmate Alex [Lifeson] was about that album Somewhere Outside-including “Gaslight,” a single that ought to have been a huge hit everywhere-and Alex laughed when I played the staggered drum figure that opened “Just in Case You Wonder.”)”

Peart concluded: “And the drummers! Anyone trying to lay down funky beats for those blue-eyed-soul bands simply had to have more chops that a surf-rock drummer. So they were all at least good, and some were masters whose playing still echoes in this eternal youngster’s inner transistor. Whitney Glan with Mandala, Skip Prokop with Lighthouse, Graham Lear with George Olliver’s Natural Gas, Danny Taylor with Nucleus, Dave Cairns with Leigh Ashford, and many more-all playing in my hometown on a weekly basis. Every drummer did a solo-it was simply expected-so even just standing in the audience, no young drummer ever had it so good.” Rush member makes ‘kidney disease’ revelation.