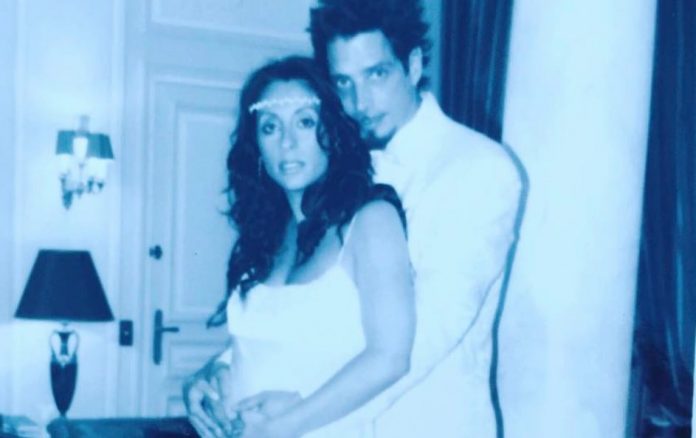 Chris Cornell died by suicide following a Soundgarden concert in Detroit in May 2017, and Johnny Ramone’s widow Linda Ramone has now revealed that Cornell’s wife Vicky, who had just become a widow as well, called her the night Cornell died. Linda also discussed Johnny dying from cancer in 2004, and why she continues to pay tribute to him. Soundgarden guitarist Kim Thayil recently called the ‘I Am The Highway’ Chris Cornell tribute show ‘kind of a clusterf**k’ with celebrity ‘bullshit.’

“What can you do?” asks Linda, 59, speaking in a lively New York brogue rooted in her youth in Rosedale, Queens, just 30 minutes from the Ramones’ old Forest Hills neighborhood. “He got sick. And they all got sick and they all passed away. But that doesn’t mean the legacy goes away. That to me is the most important thing because that’s what they all wanted.”

“Johnny was so into having people visit his statue,” says Linda. She recommended the park for Cornell’s funeral and burial when his wife, Vicky, reached out the night of his suicide. “I don’t make a commission selling plots. I just think it’s fun to have all my my friends around us.”

The Los Angeles Times conducted the interview with Ramone. Vicky Cornell recently thanked fans for supporting her on Twitter.

“Thank you from the bottom of my heart and on behalf of our family. My husband was a great man who deserved and deserves much more respect as do his children that he loved and have lost him so tragically. Thank you for standing by him and us.” System of a Down singer Serj Tankian recently revealed an emotional Chris Cornell secret.