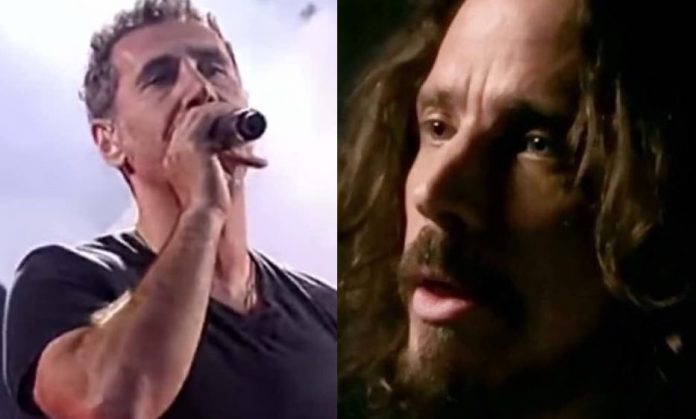 System of a Down singer Serj Tankian recently wrote on Instagram that he has an ‘indelible scar’ after late Soundgarden frontman Chris Cornell’s May 2017 death. Dave Matthews recently made surprising remarks about Cornell’s tragic death.

Tankian has performed Audioslave’s “Like a Stone” with the band’s surviving members in honor of Cornell in the past. Creed frontman Scott Stapp revealed last week what really killed Chris Cornell, and why it was not his fault.

Cornell’s Audioslave bandmate Tom Morello wrote yesterday about visiting a memorial in Germany, “1: The first Red Army tank to enter Berlin in 1945 heralding the end of the Third Reich. 2: Over 80,000 Red Army soldiers died in the Battle Of Berlin in a few days, several thousand buried here. 3: The Brandenburg Gate sunset party.

4. Checkpoint Charlie. The gateway between east and west during the Cold War. A McDonald’s in the background (on the East side) indicates, well something. 5. A piece of the Berlin Wall blocking no one from going anywhere today. 6. The Reichstag. Looked A LOT different in 1945. 7. Memorial to those murdered by the repressive East German state security Stasi agents for trying to breach the Berlin Wall to escape to the West.”