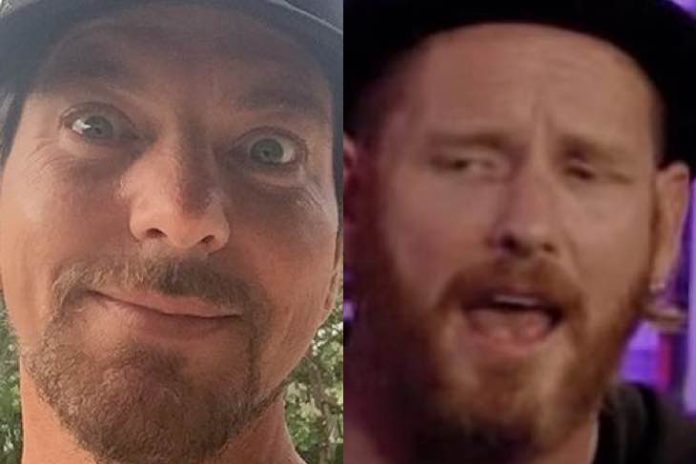 Slipknot singer Corey Taylor will be joined by members of Pearl Jam, System of a Down, Maroon 5, The Goo Goo Dolls, Five Finger Death Punch, Megadeth, Steel Panther, The Seattle Seahawks, along with Sebastian Bach at The Roast of Craig Gass in Kihei, HI next month in filmed appearances. Artie Lange will also make a video appearance. Eddie Vedder’s wife just revealed if Pearl Jam will break up.

The show description states the show will be very ‘offensive.’ The summary states, “Comedian Craig Gass turns 50 on February 15th, and all of his friends from around the world are turning out to roast him! It will not be for the easily offended.”

Pearl Jam will release their new single “Dance Of The Clairvoyants” on January 21st, the lead single off of their new album Gigaton. Tish posted on the Ten Club board, “OK! Who here is clairvoyant? I recently watched a YouTube video of ‘Ed’s House Tour’ (yes, I felt like a creepy stalker). There, he commented on how he doesn’t tap into ‘It’ but is more of a vessel ‘It’ taps into. (I forget what wording he used.)

This song could be about what’s it like when your heart is open, pure, and a conduit.
Alternatively, it could be about Ed dancing with another person who experiences clairvoyance? (half-joking).

Here’s a thread to discuss your moments of clairvoyancy or what Dance of the Clairvoyants may mean.”

PearlJammr78 responded, “Okay now that I looked at the definition. I think it means we are in a little dance, but can see everything is going to shit around us. We are holding the pattern but the walls are crumbling and the world is on fire. That’s without seeing the lyrics mind you.” Pearl Jam lost a big name on their new album.