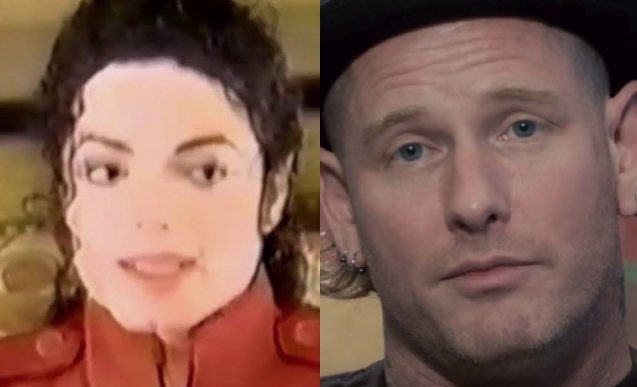 Taylor wrote on Instagram, “Me and the Missus Date Night: none other than the incredible @janetjackson live @parkmgm AMAZING show!!”

Pearl Jam frontman Eddie Vedder recently revealed that he was a big fan of Michael Jackson’s Jackson Five growing up, and his fandom led to him choosing Jose Cardenal as his favorite baseball player.

“Well, first of all, the afro, and I was a young kid and I loved the Jackson Five. Cardenal was probably the one player that looked the most like somebody from the Jackson Five. Also, I was sitting in the bleachers and he was my guy, number one – age nine, ten, how can you not fall in love with that guy. In addition, the smile, I didn’t even know he had an accent. You know, back in the day there wasn’t a lot of interviews, there wasn’t a lot of screen time for these guys.”

Corey Taylor recently made a disturbing Slipknot health announcement. Alicia Dove also wrote on Instagram on Thursday, “Thank you to everyone who watched Episode 2 of #GirlGang. It’s still hard to look back on that one – but overall, I’m glad I’m not working with someone who can’t step up. I only want beasts who are as hungry as I am in my camp. F**k the rest.

As always, thank you to my King @coreytaylor for his support and guidance during this project, to @nathanmowery and his crew at @kindpunkfilm for bringing the vision to life and your screens, and to the ladies of @cherrybombsofficial for hanging in there during the storms.