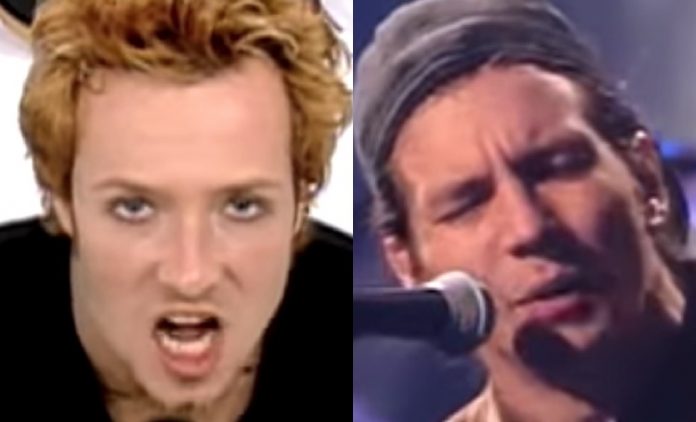 Howard Stern discovered on a recent episode of his show that the Garbage song “I’m Only Happy When It Rains” was in fact poking fun at the Grunge movement, spearheaded by Pearl Jam frontman Eddie Vedder, Stone Temple Pilots singer Scott Weiland, Nirvana frontman Kurt Cobain, Alice In Chains singer Layne Staley, and Soundgarden frontman Chris Cornell. Stern said he was happy with the Grunge movement in the 90’s. Audio of Stern revealing how he wanted to use Chris Cornell to get Eddie Vedder on his show recently leaked.

MarksFriggin.com recapped: Howard said he was thinking about that Garbage song with the lyric ”I’m only happy when it rains” and he was thinking about how that’s him. He said he should interview her about that song. He played some of the song and said he can relate to it. He said he loves rainy days. He sang along with the song a bit and said he wants to move to the rain forest.

Gary said she says she wrote that kind of goofing on the Grunge movement. Howard said they were on their show and did ”Number 1 Crush” in the studio. He said she’s sexy. Gary said her name is Shirley Manson.

Howard said maybe he can play a new phony phone call before going to break. Robin said she’d hate to be stuck in Howard’s head. Howard said he felt like he was stuck with her all weekend. He said he was doing something for her but she’ll have to wait to find out what it was. He said she’s going to love it oh so much. Stern recently revealed what sadly really killed Scott Weiland.