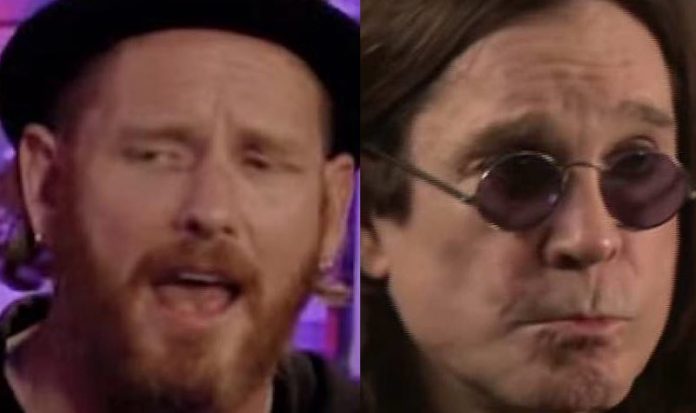 Corey Taylor, legendary vocalist for Slipknot and Stone Sour was recently interviewed by Daniel P. Carter for The Marshall Podcast to discuss a wide-ranging amount of topics. Here, Taylor discusses touring with Ozzy Osbourne and how Osbourne felt ‘nervous’ before a major festival. Alternative Nation transcribed their comments. A new Slipknot member revealed his identity in this sad video.

Taylor: We are touring into November because we are doing the Ozzy [Osbourne] run which is killer. You know, Ozzy, that’s a hell of a badge of honor for us, and they picked us. I’m like, woah, we just got knighted.

Marshall: It’s funny [about] you saying about wanting everything to be perfect and having those kind of jitters about things because, like, I was speaking to Ozzy at the Download Festival and there’s a guy that has been doing this longer than most of his fan base has been alive and he was just like, “I’m kind of nervous, it’s Download, I’m like Donnington.” I think that’s really beautiful and he was like, “I guess that means I care!”

Taylor: It’s when you stop caring that you should stop period because you aren’t doing it for the same reasons that you started to do it for in the first place. A Slipknot member’s younger girlfriend was recently revealed.