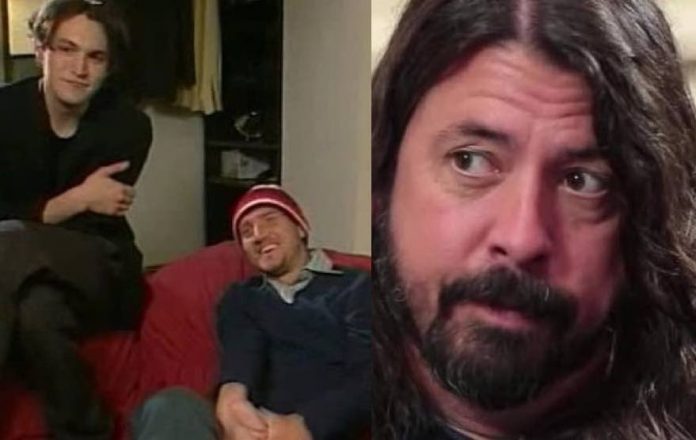 Dave Grohl is set to appear on DFD Productions’ podcast on January 5, 2020 alongside former Red Hot Chili Peppers guitarist Josh Klinghoffer, who was recently dismissed from the band for John Frusciante. Drew Dempsey will be conducting the interviews, so we’re sure he’ll ask Dave about the latest Red Hot Chili Peppers happenings! Foo Fighters and Rage Against The Machine members just teamed up at a surprise performance.

WJL91 posted on Reddit about the RHCP lineup change, “My simple theory is that Flea confided in John and put the feelers out a year or so ago and opened up to John. John liked the idea and it went from there gradually.

I also think John deep down cares about the RHCP legacy/reputation and not letting it end on a mediocre JK album. I think we will get a 2020 tour a new album and then maybe they will retire. I also remember John saying in an old 2003/4 ish interview that he doesn’t want Anthony to be the next Iggy Pop, and have them all playing into The Rolling Stones members’ age. I don’t think the style of music can go on that long. What a lucky time to be a Chilis fan though. We’ve got so much to look forward to.”

Devilsadvocate responded, “I don’t think its about reputation for John. John has said, on multiple occasions that writing songs with those guys has always been very easy and fluid. Like never before. I think John misses that and cherishes it. As you get older you realize your mortality, that these opportunities may not last forever.

I don’t really see any reason why Josh wouldn’t be able to work with John as a 5 piece band. The only thing that would really prevent it would be ego’s or money (taking a 5-way split not being tenable). It does seem like their new album, announced to be released in 2019, never dropped. I’m guessing there were a lot of production conflicts based on what Josh has said, specifically with Brian producing them.

John always hated/loathed the touring and album contracts. He said it was very tough, there was no time to be creative and you had to put on this show night in and night out that wasn’t original, genuine, or had much of a interest in. Specifically he said something like ‘sure you play a new riff or jam, but its largely the same and the fans eat it up like its the first time you have done it.’

So I’d guess John said he’d love to write again, with an agreement of a lighter touring schedule. The only way I can see RHCP screwing Josh is for them not to want to, collectively, sacrifice 5%, or production was just a clusterf**k. Or they all 5 tried jamming together and it was just too much ego in the room.” A new photo of Josh Klinghoffer after his RHCP dismissal recently leaked. 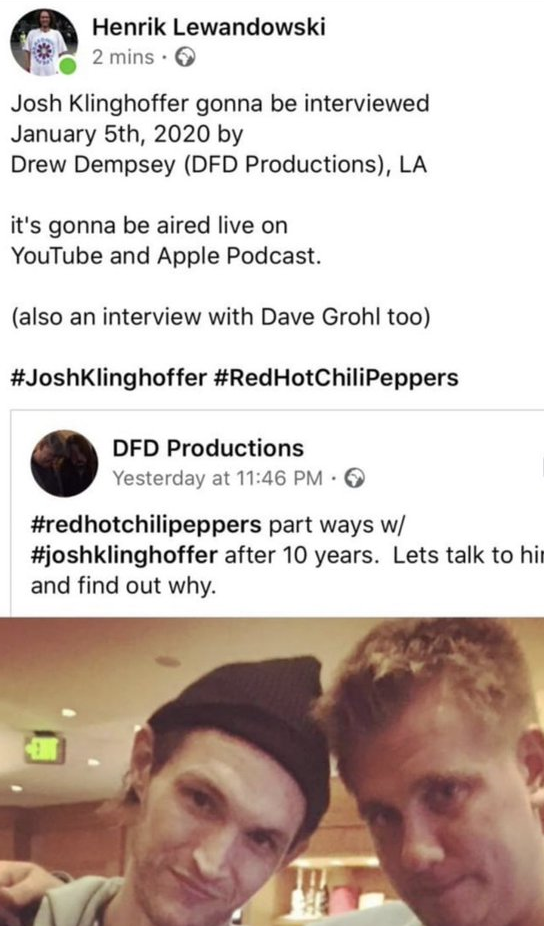