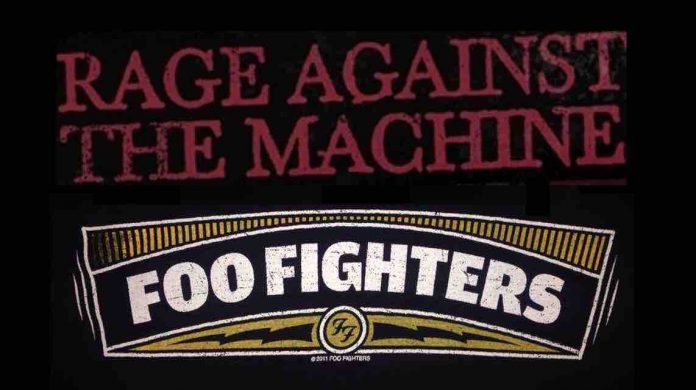 Hawkins just released his new album with the Coattail Riders ‘Get The Money’ featuring many big name like Perry Farrell and Dave Grohl, who both joined him last week to film an appearance on Jimmy Kimmel Live that will air in January 2020.

A Foo Fighters member being ‘erased’ from an album was revealed last week. Foo Fighters are currently recording a new album set for release in 2020, while Perry Farrell has toured his solo album ‘Kind Heaven’ throughout 2019. Jane’s Addiction have been on hiatus for two years, with their final performance taking place in December 2017. The Rage Against The Machine 2020 reunion tour is set to begin in March 2020, leading to April 2020 performances at the Coachella Festival.

Tom Morello wrote about The Clash’s ‘London Calling’ on his Instagram page a few days ago. He said, “40 years ago today. Certainly for me a strong candidate for greatest album of all time. My first non metal album and my introduction to music that was both brilliant and moving but with message and meaning.

The ideas in my head no longer had to be disassociated from the riffs in my fingers. I immediately sat down and wrote a song called ‘Salvador Deathsquad Blues’ and well here we are. #TheClash #TheOnlyBandThatMatters (thanks to Dave Vogel for letting me borrow his copy, may he Rest In Peace).” A Rage Against The Machine member discussed a 2020 ‘ending’ a few days ago.