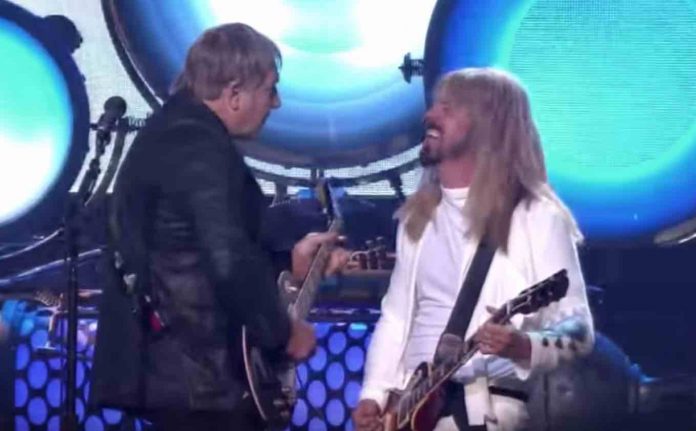 Foo Fighters frontman Dave Grohl was asked in a new Rolling Stone interview how he’d react to Alex Lifeson and Geddy Lee asking him to replace Neil Peart in Rush.

He added, “She is one of those drummers that if you hear 15 seconds of her recording, you’ll know who it is and that to me has always been the gold standard. That’s always been the challenge. You want to know when you hear it, like, you’re like, ‘Oh, that’s John Bonham. Oh, that’s Charlie Watts. That’s Ringo. That’s Stewart Copeland. That’s Meg White.’ And that’s not easy to do. That means you’re playing from the heart. No, she’s great, man. I mean honestly.”

Do you think Dave Grohl is worthy of drumming for Rush? Let us know in the comments section!