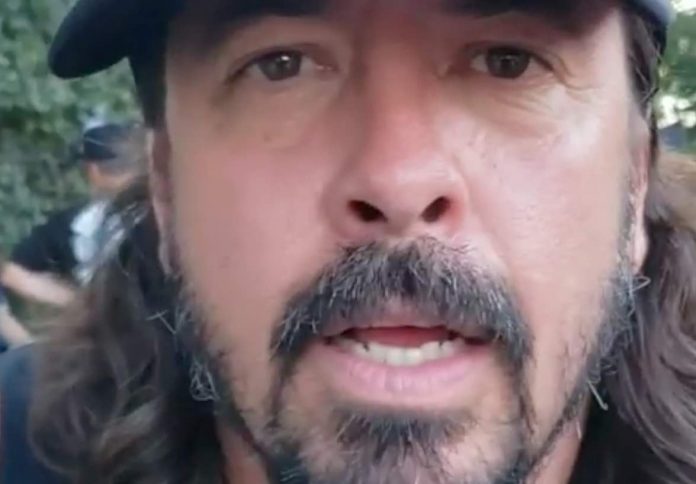 Foo Fighters frontman Dave Grohl helped a fan troll his friend for missing a barbecue they attended in Texas last weekend. Grohl said in the hilarious joke video, uploaded by motleyvaper, “Hey Valerie, this is Dave. You fucking suck because you missed the barbecue.” Grohl then put on his best troll face, and cracked up laughing to end the video. Good Guy Dave strikes again! Howard Stern recently revealed a recording secret from Dave Grohl.

Grohl recently discussed playing a surprise club set with Rick Astley in London. Grohl also revealed a brutal car accident he had in a new video.

“I’ve been a friend of the people at the NME for a long time,” says the Foo Fighters‘ frontman, explaining what the fuck he’s doing holding a guitar and standing in front of a microphone in a tiny club in Hackney. “When I walked in tonight, everyone said: ‘What are you gonna do?’ I said, ‘I have no fucking clue.’ So tonight we’ll play a couple of songs. I can’t believe how many people are here. We might have to do more than one fucking song!”

“When we’re not in the public eye playing shows, you’d imagine that it would be downtime – it just never fucking is!” Dave Grohl recently took disgusting eating photos.

“Then there’s a bunch of other projects I’m doing,” he says. “There’s documentary stuff I’m working on with my mom too, and the music, and it just never fucking slows down. I’m glad it never slows down. I don’t know what I would do if I had nothing to do.” He made the comments in an NME interview.