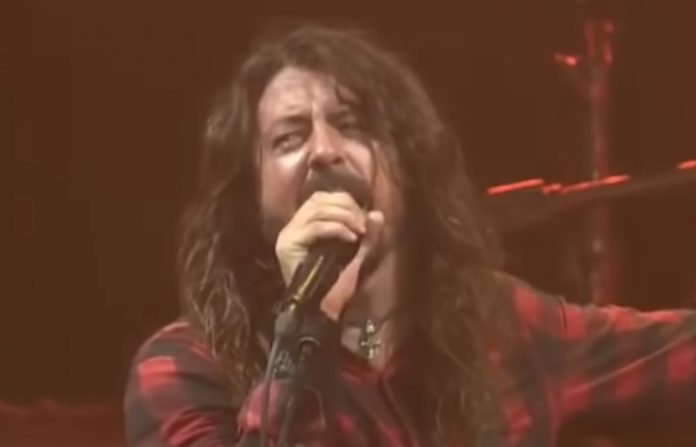 Greg Kurstin and Dave Grohl recently returned with Hanukkah Sessions ‘Live at Largo’ in Los Angeles on December 7. It is noted that the ticket is priced at $150 plus fees. The tickets went on sale earlier this morning. They were available for a couple hours and eventually sold out. A picture recently surfaced on social media which saw Grohl making a hilarious expression which clicking the picture.

It is noted that Largo is a common comedy/performance/music stage. It’s not fancy by any means but it’s a fun intimate venue. Fans got the notification about the show through Largo and one could get the announcement if they are on Largo email list. Even if one searched for Kurstin/Grohl Live etc there were no results on the internet.

Check out the setlist of the show:

Last year the pair wrapped up the second annual of the show with a cover of a KISS classic. Kurstin and the Foo Fighters frontman spent the last eight days covering songs by Jewish artists – one for each day of the Festival Of Lights – and finished it with a rendition of the band’s 1975 hit ‘Rock And Roll All Nite’. Other covers the duo had performed as part of this last year’s Hanukkah Sessions included Billy Joel‘s ‘Big Shot’, Van Halen‘s ‘Jump’ and Barry Manilow‘s ‘Copacabana’. Grohl’s daughter, Violet, also made a guest appearance on vocals for a cover of Amy Winehouse‘s ‘Take The Box’.