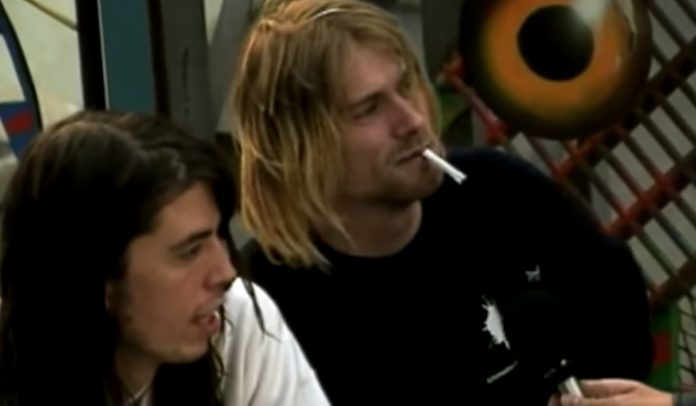 According to Foo Fighters frontman and former Nirvana member, Dave Grohl’s latest memoir called ‘The Storyteller’: Tales of Life and Music, the beloved musician discussed a call that he got discussing the premature death of Kurt Cobain. This call was recicved in March of 1994 when it was stated to Grohl that the Nirvana band member had passed away due to an apparent drug overdose – this was not the case however. Dave Grohl recently performed live with Kurt Cobain’s vocals.

Writing about the phone call, Grohl stated: “”I dropped the phone as I fell to my bedroom floor, covering my face with my hands as I began to cry. “He was gone,” he continued. “The shy young man who had offered me an apple upon our first introduction at the Seattle airport was gone. My quiet, introverted roommate who I’d shared a tiny little apartment with in Olympia was gone.”

However Grohl would get another phone call informing him tha Cobain’s dead was not meant to be. The Foo Fighters frontman recalled that event: “In the course of five minutes I had gone from the darkest day of my entire life to feeling born again. From that day forward, I built my walls higher,” he said about how the experience changed him.

Sadly, Kurt Cobain passed away a month later in April of 1994 due to an apparent self-inflicted gunshot to the head. Kurt Donald Cobain was only 27 years old. Credit to the New York Post for the quotes used in this article.