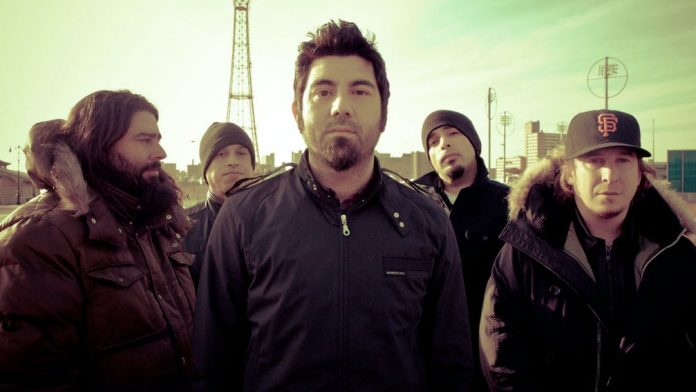 It has been recently noted that Deftones‘ VIP package were changed from Meet and Greet to Soundcheck. It was announced on Ticketmaster that for their show on May 28 in Minneapolis, MN fans can avail themselves of the VIP package that will give them access to the Soundcheck instead of the previously announced Meet and Greet. Group photo with the Deftone members with social distancing is also included in the package.

It will also see the inclusion of Deftones’ tour poster that will be autographed, official Deftones’ Soundcheck laminate, early entry wristband, and other merchandise items.

Deftones guitarist opens up on his preferred guitar handling

During a recent episode of Ernie Ball’s String Theory video series, Deftone guitarist Stephen Carpenter explained why he’s long preferred handling the lower frequencies as opposed to the upper reaches of the fretboard.

“I’ve always gravitated [towards] and been focused on rhythms, specifically the power chord, because that was my immediate connection – that’s what impacted me the most,” he explains.

“Of course, lead guitar playing is exciting to me and I love to listen to it, I love to watch players do what they do. That has an impact on me, but physically, I’ve always just enjoyed that sound of a power chord, either in motion, or just a sustained chord.”

ESP custom eight-strings in hand, Carpenter outlined the roots of his guitar style, whose avoidance of solos helped to define the nu-metal movement that emerged in Deftones’ wake from the mid-’90s onwards.

“All the bands that I’ve ever liked, since the ’80s when I started thinking about playing music, have always been rhythm-orientated,” the guitarist explains. “Of the big four [of thrash metal], Anthrax was my favorite. I really did love Metallica, of course, too, but Anthrax was my favorite, and I specifically loved Scott Ian as a rhythm player. I had zero desire to play a solo; I was just like, ‘I just wanna crunch it up!’”