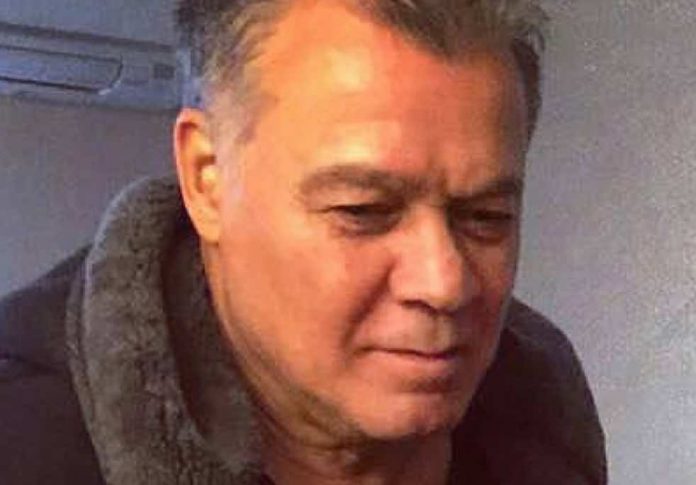 A fan named Laura wrote, “GUESS WHO was my seat neighbor for the TOOL concert? EDDIE!!! Eddie Van Halen. One of the best guitar players in the world! Eddie Van Halen YEP!!! I snuck this photo as we were leaving the concert.

Right after I snapped it, he gave me a BIG smile! I love his music!!! He was very quiet, and almost incognito. Through most of the concert, I kept wondering why Justin Chancellor kept looking at me. In reality, he was looking and playing to Eddie…great bass player to great guitar player. A moment in time to never forget…

My heart ❤️ goes out to him ( #cancersucks )…I wanted to hug him and take my picture with him but decided to leave him in peace and not draw attention. I don’t think many recognized who they were sitting near. Btw, in the background, you can see the ‘cage-like’ netting hanging from ceiling and around the stage.”

dreamscapes_calling commented, “What a post! I know he’ll beat cancer again.” jefftallarino also chimed in, “Grew up listening to Van Halen. Was always a master of his craft and great in concert. Just like tool today. They sound perfect live.”

Eddie Van Halen was spotted being kissed by a surprising woman over the weekend. Marcin posted on VHLinks.com, “I know this is related to recent rumors about Ed’s health issues. Therefore, people are trying to believe that he looks exceptionally good. That said, I don’t know if I would recognize Eddie if he was just sitting there.

Anyway, Edward should be OK with that. After all these years, now he doesn’t have to go out in disguise when he doesn’t want to be recognized.”

EJC responded, “Dude I think you are missing the point. They aren’t saying he “looks good”, like idk Brad Pitt or George Clooney. They are saying he looks good compared to some of the recent pics where he was rather bloated/pale from whatever cancer treatment(s) he was receiving.

Perhaps there is a language barrier, but in America – when someone is known to have/had a terminal illness such as cancer, it is just a common “phrase” to say they “look good” – if they are out and about and living life to the fullest, as opposed to lying in a hospital bed.

To compare that to Sam or anybody else who HAS NOT been battling a terminal illness is actually pretty shitty man. Come on…” 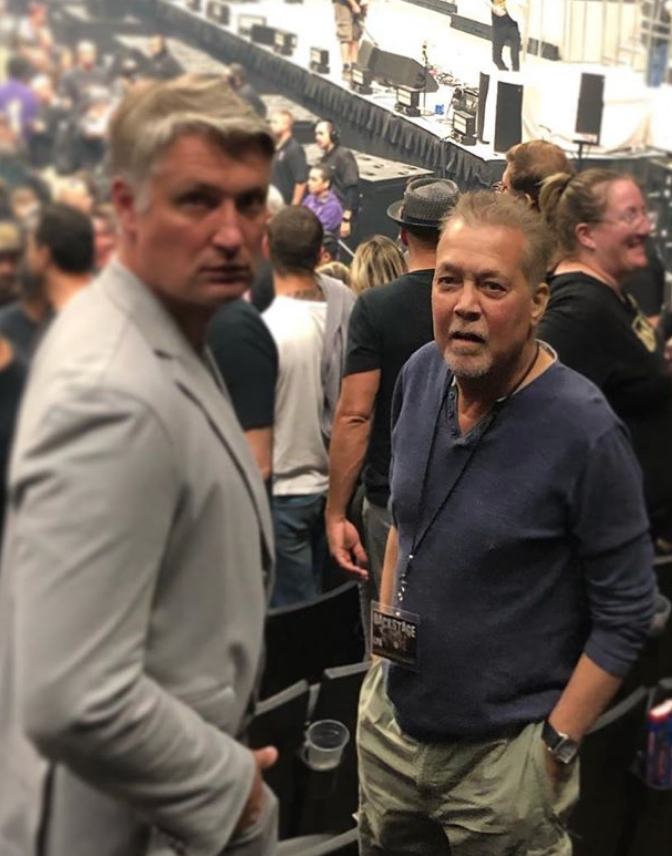