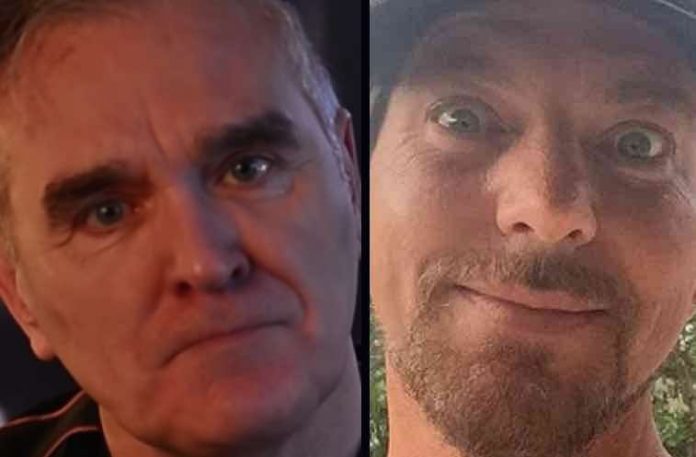 Pearl Jam frontman Eddie Vedder has recently spoken about Morrissey while shedding light on his forthcoming solo album, Earthling. Due for release on February 11, Earthling was recorded with producer Andrew Watt in summer 2021. He has also revealed that the album will feature guest cameos from Stevie Wonder, Elton John, Ringo Starr, and his late father.

Eddie Vedder opens up on Morrissey

Vedder revealed how he came to work with the much-in-demand Andrew Watt. Vedder told MOJO that Watt was working on the Morrissey record and lavished praise on it. He said that he was eager to see his studio. Vedder further added how they ended up writing several songs. Eddie Vedder & The Beatles Icon recording was also revealed.

Here is what Vedder said:

“He was working on the Morrissey record, some of the best Morrissey stuff I’d heard in years, so I was curious to see his studio. He was working a lot with [Red Hot Chili Peppers’ drummer] Chad Smith and [former RHCP guitarist] Josh Klinghoffer, getting great sounding results. And so just as we were visiting, we started writing. One song turned into two, then turned into three and four within two days. It felt like the starting gun had gone off.”

“We were still in semi lockdown, so people were energised to create,” says Vedder. “I was inspired to write quick. Everything was sounding great, and his ability to mix and have everything be loud… It was just a new adventure, and it was inspiring.”

Together with producer Andrew Watt (Ozzy Osbourne/Miley Cyrus), Vedder assembled “a little collage” around his father’s voice, and included it towards the end of the 13-track album. Vedder has already released two songs from the album, Long Way and The Haves, and a third single, Brother The Cloud,was also released on January 14.