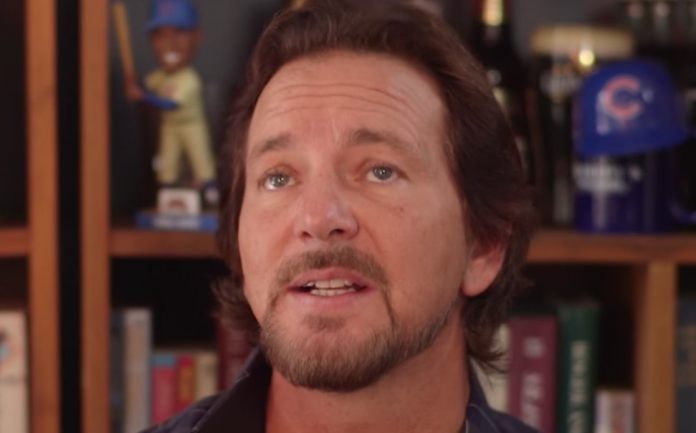 “I was so close (at the concert) that I put my hand on Crissie Hynde’s boot. It was…I don’t know…magnetic. I reached out and put my hand on it. And damn it, wouldn’t you know…she kicked it right off (laughs).”

Eddie admits to once being, and we suspect still is, just a common everyday rock fan at heart who once got to reach out and innocently touch one of his rock and roll idols at a concert. What a fitting way to end his interview with Matt Vaughn of Easy Street Records and Kevin Cole of KEPX Seattle.

Flight to Mars, a tribute to UFO featuring Mike McCready, will be returning to the Showbox in Seattle on Saturday, May 11th!

UPDATE: Flight to Mars has added a second show on Friday, May 10th with Chad Smith and Friends opening!

Proceeds from the show will benefit the Crohn’s and Colitis Foundation of America’s Camp Oasis, as well as the Jennifer Jaff CareLine for people with IBD.

EARLY ENTRY AUCTIONS
Be the first in the door through an exclusive VIP fundraising opportunity through the Wishlist Foundation, a fan-run grassroots nonprofit organization dedicated to supporting Pearl Jam’s charitable goals. More details to follow.