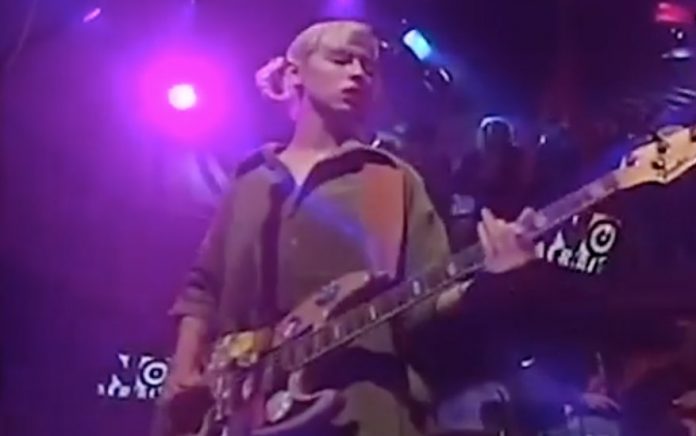 We recently reported on former Smashing Pumpkins bassist D’arcy Wretzky jamming with the doom metal band Grave Next Door. At the time of our report, D’arcy’s specific role with the band was unknown, but Alternative Nation has reached out to the band, and they informed us that D’arcy will be heading into the studio with them next month.

Grave Next Door told Alternative Nation that D’arcy is “recording with us in May and she’s thinking about joining, but she’s busy with her farm and the animals so that’s her first priority.”

They also said, “She’s playing on a few of our studio tracks but also thinking about becoming a full time member.”

This will be the first time D’arcy has been in the studio since she left The Smashing Pumpkins in 1999.

When I interviewed D’arcy last year for Alternative Nation after Billy Corgan failed to offer her the position as full time Smashing Pumpkins bassist on the band’s reunion tour, I told her that fans would love to see her return to music, even without the Pumpkins.

How much have you been playing bass in all of these years, and do you have any plans to release music in the future?

“Whenever I think about releasing music, I just feel like, what’s the point?”

“For a long time I didn’t do it because I knew Billy [Corgan] would take credit for it. If it’s good, he’ll take credit for it, and if it’s not he’ll be like, ‘That’s why we fired her from the band, she sucks.’

It took me a long time to not care, and not hate him. Now I don’t hate him, I’m back to where I was at the beginning. I laugh at his antics, and I’m going to go about my own life, but I don’t feel sorry for him. I do think he needs to get an MRI though.”