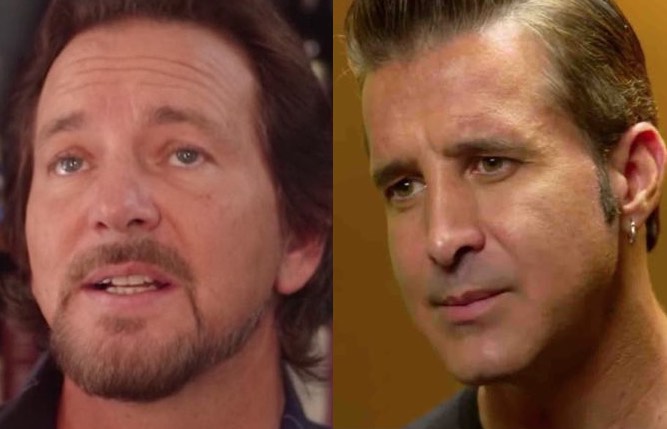 A fan asked Jill, “Who’s that? Creed??” Jill Vedder responded, “@4yourhealth1 said no one ever 🙄” The fan shot back, “Rock n roll 😂😂😘” The fan later added, “thanks! Sarcasm is tuff to translate here! Or maybe I’m not as funny as I thought! Either way, Wang Chung! 🙏.”

Scott Stapp has a new album called The Space Between The Shadows out, and he recently discussed how his struggles with drugs shook his faith. Stapp made an emotional remark about Chris Cornell’s widow and family last week.

He told Kerrang, “Yeah. There were some times where I was very angry, there were some times where I literally cut off my connections to my faith and my spirituality and was bitter and felt, ‘Why is this happening to me?’ And I blamed God and really had a lot of resentment and anger inside and I channelled that towards my belief system and turned my back on it for a period of time. But that only made things worse, and I spiralled further and further and deeper and deeper into a dark place.

And I do talk about that in Heaven In Me – that even though I did that, I can look back now and reflect and realise that faith and spirituality and, as I see it, God never abandoned me. Because there were many, many times when my life should have been extinguished. I should not be here. And it was only by the grace of God, in my opinion, that I was spared.”

Stapp have released “Name” as his latest single to follow up his major hit “Purpose For Pain.” Stapp recently discussed an eerie phone call he got about late Stone Temple Pilots frontman Scott Weiland.