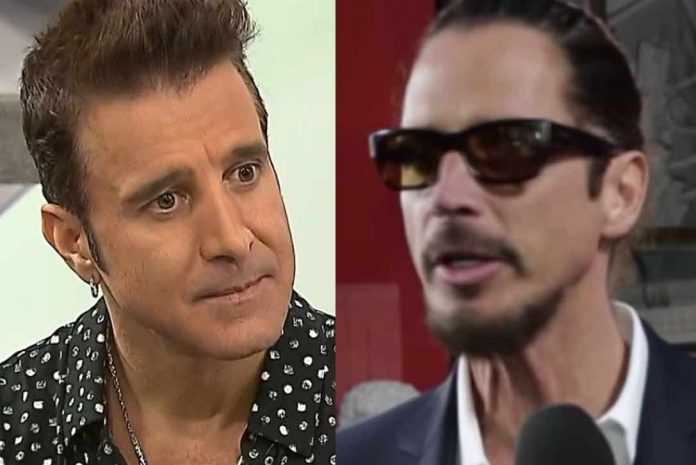 He told Kerrang, “First, with Chris, I liked him so much and respected him so much as an artist and a vocalist – and also as a family man. He was a good man, and his passing shook me to my core and my heart just broke for his wife and his children and those who loved him. And then with Chester, the same thing. And it was a like a double whammy – Chester’s passing happened on Chris’ birthday. I really felt those emotions when Chris passed.”

Vicky Cornell called a fellow famous rock widow the night that Chris tragically passed. Stapp also said about his current sobriety, “I am extremely happy. I look at my children and my wife and family and they bring so much joy and happiness to me. And with this new record and the fans and the shows and everything that has come full-circle in my life, just being able to experience with true clarity and being present and in the moment, having gone through what I’ve gone through, gives me a much greater appreciation for it. Which brings a deeper sense of joy and happiness. I really am in a good place and I’m very happy with things and so excited for this next chapter in my life, because musically and career-wise, I lost 10 years.

That’s 10 years I could have been putting out records and building on my career, but I’ve gained so much now in other areas, so I feel that period of time – although for a long time I felt like it was lost, I realise now that it wasn’t and I have such a vast amount of experience to draw from and take with me during this next chapter of my life, and I’m a better husband, father and friend and artist because of it.”