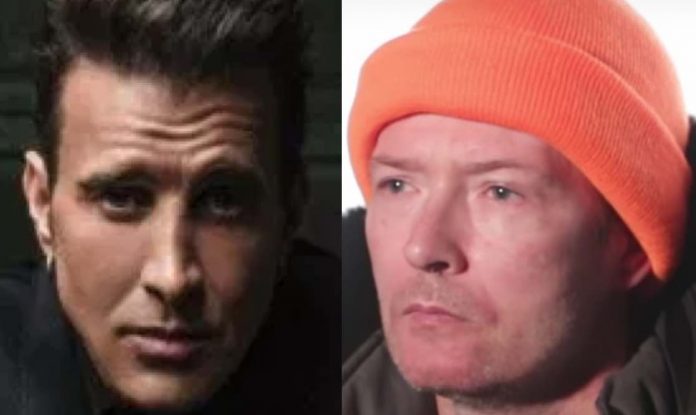 Q: You have a tour bus story, where you were in Scott Weiland’s old bus?

And we were like, “I think that was something you should have told us.” It just hit me hard, because it started making me think that could have been me, the way I was living my life for a time. … I remember being in the bus bathroom and looking in the mirror at myself, like, wow, this is heavy. I took it as, this is a big time reminder of what is waiting for me if I go back.

Q: So it was more of a spiritual moment than something out of “Ghostbusters.”

A: Exactly, because I lived a life that could have led to that same ending. There was no ghost of Scott Weiland, or hearing voices.

Q: Probably they got a really cheap deal on the bus, and no one wanted to tell you.

You can read the full Chicago Tribune interview on their website. Stapp emotionally discussed feeling the presence of Scott Weiland’s ghost in the bathroom in a 2017 interview. Stapp was discussing the bathroom on his tour bus, the same one Weiland died in.

He later said, “God rest his soul, and my family has prayed for his family and his children, but really it was a crazy, mystical experience. It was just in my face, man. I had my moment of, like, Dude, he’s speaking to me, man. Almost as if, from my standpoint, in my life and in my recovery, his death was not in vain. Not only could that have been me, that should have been me. It was just one of those weird things that kinda, like, the stars aligned, the universe arranged itself at the right time to further impact me and further solidify my commitment to my recovery. It was definitely one of those God moments. I get goosebumps right now just talking about it. It was a God moment.” Scott Stapp recently revealed what Bono really did to Creed.