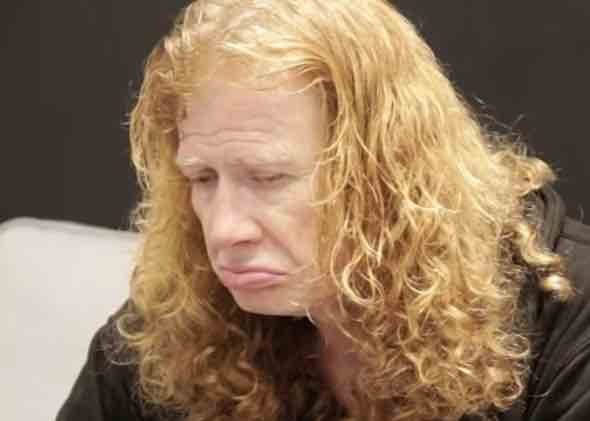 In a brand new interview with podcaster Joe Rogan of “The Joe Rogan Experience”, Dave Mustaine reflected on his 1983 dismissal from Metallica and the formation of Megadeth.

He was asked if went “right into” Megadeth after his exit from Metallica or if it took him some time to plot his next move, Dave said: “I think in my mind I went right into Megadeth, but at the time I was still kind of trying to digest everything that took place.”

“The thing that bothered me the most was I had all my music, and I left it behind and I said, ‘Don’t use my music.’ And of course they did. They used it on the first record [1983’s ‘Kill ‘Em All’], on the second record [1984’s ‘Ride The Lightning’]. There’s parts of my music on a song on the third record [1986’s ‘Master Of Puppets’]. All the solos on the first record are mine, except that they’re just performed by Kirk [Hammett, Metallica’s current guitarist]. And [they’re] close but not the same. And he’s not a bad guitar player.”

Noting an article regarding the same on social media, former Metallica bassist Ron McGovney wrote: “There are so many things that I could say about all of this, but I won’t.”

There are so many things that I could say about all of this , but I won't.

Mustaine had also claimed that that an altercation with Metallica frontman James Hetfield led to his being fired from the band. Mustaine did not play on any Metallica albums and did not attend their induction into the Rock And Roll Hall Of Fame in 2009.

When asked if he got royalties for that, Mustaine said: “Well, most of ’em, yeah, but Kirk got my royalties for [the song] ‘Metal Militia’ [from ‘Kill ‘Em All’] for many, many years. And he has to see the check, so I know somebody saw that I wasn’t getting paid.”