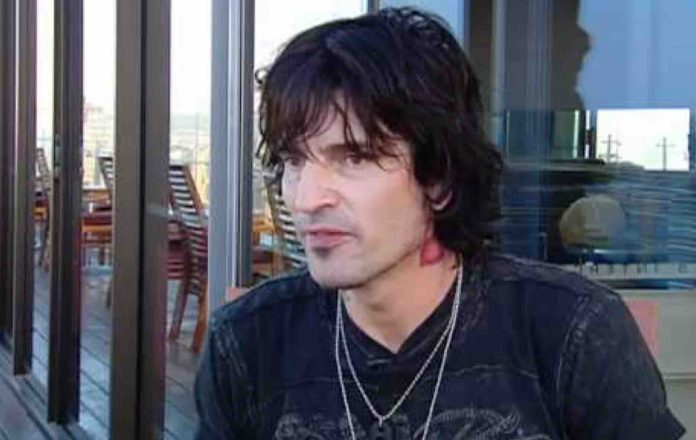 Motley Crue drummer Tommy Lee has posted a new bizarre pool photo of himself after a photo of his exposed junk was deleted by Instagram. He wrote, “Yo Instagram this cool?”

While Tommy Lee is having a good time making huge cash on the Motley Crue reunion tour, another hair metal legend is also making bank. What a huge sale that was just done via Jon Bon Jovi. Just six days after his house was listed on the market, rocker Jon Bon Jovi sold his city-view Manhattan condo for its full asking price of $22 million, a solid profit on the $18.94 million that was originally paid for the condo.

What is even more shocking is that the buyer is former Disney president Mike Ovitz. The corporate concern created to purchase the 3,900-square-foot penthouse links back to the massive Upper East Side penthouse long owned by the Hollywood honcho’s shoe tycoon fiancé Tamara Mellon. (Ovitz and Mellon have been engaged since 2014.)

Both guest bedrooms in the home have walk-in closets and attached bathrooms, while the sun-flooded primary suite offers a long dressing hall along with a huge walk-in closet and a sumptuous marble bath with radiant-heated floor.

The condo is truly luxurious as many amenities include an attended lobby and concierge services, a gym with 75-foot pool, steam rooms, spa treatment rooms and a golf simulator. There’s also a garden with reflecting pool, a lounge, a private dining room with chef’s kitchen, a screening room, a children’s play room and cold storage.

Each of the players in this eight-figure deal are well-known among real estate watchers on both coasts for their deep pockets and lavish taste in real estate. Mellon has long owned (and wanted to sell) the above-mentioned penthouse on the Upper East Side, which she acquired in 2008 for $20 million from Seagram heir Charles Bronfman Jr. Currently listed at $22.5 million, the five-bedroom penthouse has been on and off the market many times since 2014, with a variety of asking prices that at one point unrealistically soared to $34 million.

As for Bon Jovi, the iconic singer’s portfolio includes a 1.5-acre spread in the Hamptons, a 15-acre riverfront estate in New Jersey, and an oceanfront Palm Beach mansion he scooped up about two years ago for a whopping $43 million. Below is a inside look at the home that was recently sold.