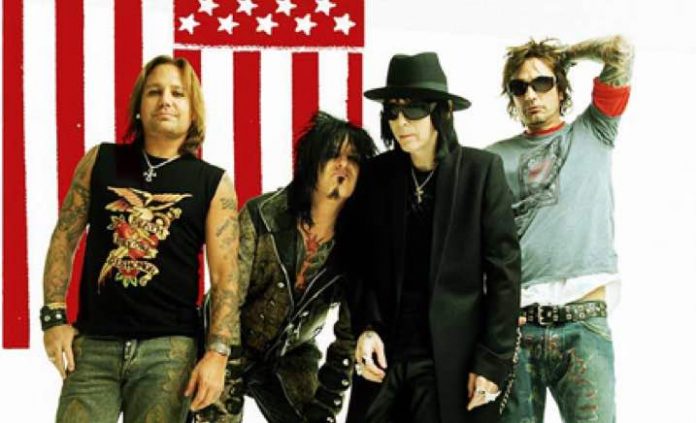 Motley Crue singer Vince Neil has retweeted a message that describes his disease just a few days after having hand surgery.

The message says, “Dupuytren Disease can ruin hands. There is no permanent cure. If Depuytren is in your family, your children are at risk, and their children will be at risk. The Dupytren Research Group is pioneering research for a cure. Ready to begin testing today. The only obstacle is funding. Please support this work now. CureDup.com.”

Nikki Sixx revealed if a Motley Crue member is ‘too overweight’ to tour earlier this week. Motley Crue recently announced the 30th anniversary edition of Dr. Feelgood on their social media, and some fans weren’t too pleased.

Dennis said, “I still have the first original vinyl. I don´t think any records was bad ever. the sound in vocals changed through the years as the boys grow up an they started with some cool riffs in waves and songs. Type girls girls girls. they matured an got more funky cool sound through the years, The only band in history there you don´t skip a song on your vinyl, I have one cd only.. after that I got a girl that did´t like rock…or loud noise,, hmmm.”

Andrew chimed in, “Still a bit disappointed how they haven’t released ” She goes down/Slice of your pie ” Demo that has surfaced on youtube but only if they were in better quality because both them demos sound bangin.”

@thevinceneil Hope you are feeling better! We are always here to help! Visit our website https://t.co/DW6IUMCRzA pic.twitter.com/L0qkzGXVJI