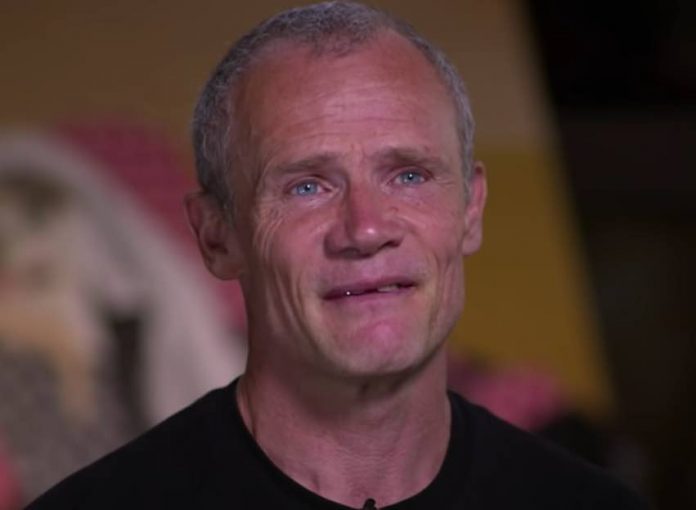 Former Red Hot Chili Peppers guitarist Josh Klinghoffer revealed that he attempted to reunite Flea and Jack Irons together in the studio for the song “Was Never There” on his Pluralone album, but Flea was forced to reject it. John Frusciante revealing why he rejoined RHCP just leaked.

Klinghoffer told Ultimate-Guitar, “Jack has always been one of my favorite drummers and we became chummy while he was on tour with us in 2017. His family was just moving up to the Sebastopol area where there is a studio called Prairie Sun.

“I am obsessed with the Tom Waits record ‘Bone Machine,’ so I figured I’d go up there and work with Jack, which has always been a dream, and get to do it in that studio. That plan did not disappoint one bit. Flea played on the song he’s on because that was written for the RHCP back in 2012.

It was one that I always remembered him having a fondness for, so originally the plan was to have Flea & Jack track it together because they have a magical thing we haven’t heard in a while, but scheduling didn’t quite work out so Flea added his bass to the existing drums. Flea ripped through it pretty quickly so it has a wonderful live feel to it, even though they were recorded a few months apart. The other rhythm section I got to utilize was the combination of Eric Avery and Eric Gardner.

They’ve done a lot playing together and sound great with one another. I threw that song at them and we recorded it the next day. It was very quick. There is a whole record of stuff the three of us made that may still see the light of day.”

Josh Klinghoffer recently announced a new in-depth interview with Marc Maron to discuss his exit from RHCP. ReserviorFrog posted on Reddit, “Interesting. Pluralone Twitter account said there was a big announcement supposed to be last Monday. They said they can’t discuss until Tuesday. Flea is back from Thailand now so maybe there’s some formal news early this week then everyone can speak freely? Would make sense given Josh is going on WTF. Well all know more by Friday, I’m sure.”

Onlinesawngs said, “I expect a very interesting interview about Pluralone, but nothing substantial about the RHCP situation.” Klinghoffer tweeted on his Pluralone annount, “Thank you all for the continued support. Very excited to share some big news with you this week.” You can read the full UG interview at Ultimate-Guitar.

Thank you all for the continued support. Very excited to share some big news with you this week. 🌐