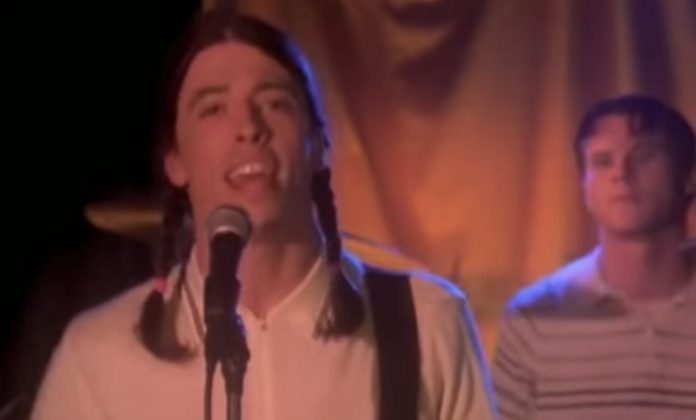 Former Foo Fighters drummer William Goldsmith recently uploaded rare demoes from The Colour and the Shape featuring himself playing drums before Dave Grohl eventually re-recorded his parts, leading to Goldsmith quitting the band in 1997. He also uploaded a new demo called “Down Into The Depths” by his new band Assertion. Dave Grohl revealed who he ripped off on “Everlong” yesterday.

“I hadn’t become a band leader yet. It was still this experiment. I had no idea what I was doing. I almost made that second record to prove the first one wasn’t a one-off.”

He added, “It was a f**king mess. I don’t believe in the idea that conflict breeds creative results, but oh man! That was a difficult time that made for some really good songs. Again I was on someone’s fucking couch in a sleeping bag. I was basically homeless but I was free.” Dave Grohl revealed why he was booed after a terrible Foo Fighters threat last week.