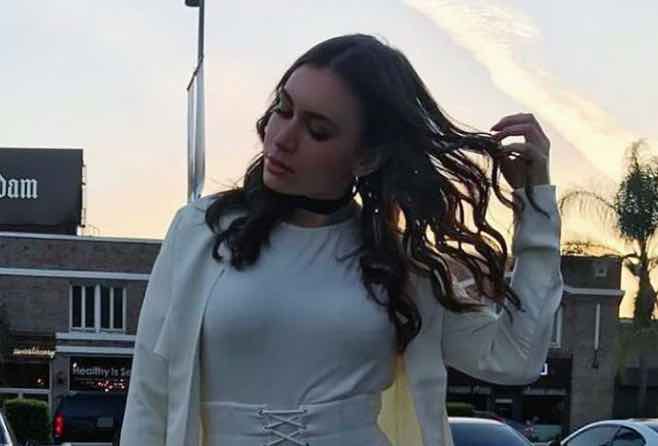 Gene Simmons‘ daughter, the fashion-forward Sophie Simmons is certainly one celebrity who knows how to make faux fur look fabulous. In this recent photo, the animal-friendly Simmons is showing how to make faux fur a chic and stylish street style movement with a conscience capitalist message. Go Sophie! You can view this forward-thinking photo below! Gene Simmons daughter bad ‘hot tub’ photos revealed.

Fans recently took to the KISSFaq fan forum to discuss if known non-drinker, Gene Simmons, the father of the sexy and stylish Sophie Simmons, ever went to a bar or club back in the 70s and 80s. User RedintheSky proclaimed: “I remember and old story someone told me in the 80s. He was in The Bitter End on Bleeker in Manhattan (if I remember correctly, it may have been Kenny’s Castaways), and Gene came in the club to meet a girl (pre-arranged this time apparently). She lit up, Gene asked her politely if she’d put it out, she refused, and Gene got up and walked out. I think Gene went to many clubs during downtime, just to hang, give locals a thrill and see what girls were around.” Gene Simmons daughter ‘sweaty’ backside photo leaks.

To which So Cruel said: “A guy I know said he saw Gene at the Roxy nightclub here in Vancouver. Popular live band club that a lot of athletes and celebs go here. There was actually an article from a Washington DC Newspaper about how legendary it is and how opposing team NHL players caught the “Roxy flu” and it was the main reason for poor performances in Vancouver. I was there one New Years when three NHL teams (one flew in after their game in Calgary) partied well into the night. So this guy I know saw Gene here and said he was doing shots. I said that can’t be, Gene doesn’t drink. He said people were buying him shots and he did them. Not really sure if he was lying or not.”