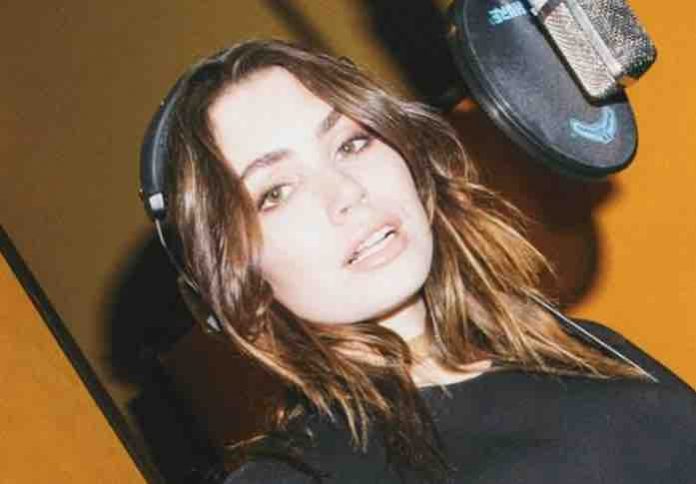 Gene Simmons‘ daughter, the inspirational Sophie Simmons took to social media via Twitter recently to talk about the virtues of going vegan when she retweeted a tweeted a tweet that did just that to discuss her experiences. The sensational Simmons wrote: “I love this thread.  I’m also vegan. Not preachy about it but yes, there are many reasons to cut down on animal products. A big one, the environment.” Gene Simmons daughter gross stomach photo leaks.

Simmons then answered a fan who then asked about the lifestyle choice, how long she has been vegan? And if there has been any good changes to her physical/mental health? To which Sophie responded: “A year now. and good skin.”

The dazzling Sophie Simmons would later take to Instagram to this remarkable flight jacket in this model-like picture. Sophie stated on her profile regarding this extraordinary shot: “flight suit on and ready to go.” You can view it below!” Go Sophie – up up and away!

Gene Simmons’ daughter tight robe photo at concert leaks. In other news regarding Sophie Simmons’ father, Gene Simmons, fans recently took to the KISSFaq fan forum to discuss how they became fans of the ‘hottest band in the land.’Ace_Frehley’ put: “I guess I just got lucky, even though that’s the only luck I have got. Honestly, mine was in pretty good condition and it sounds great although you have to take care of the guitar a lot, so it doesn’t start to malfunction. I believe the guitar was around $1200 and I got it around 3-4 years ago. Ace played near my location in November of last year and I could have saw him, but I didn’t have any money at the time. I was really looking forward to seeing him and I was going to get my pickguard signed by him if I could. So I am honestly just keeping an eye out if he has the chance to come to California at least because it was a huge bummer when I couldn’t go.

At the same time you have to look out for phonies. My Budokan is official, although many things signed and made by Ace, that people are selling, usually duplicate the items so they can get more money out of you and keep the original. I almost fell for it when I saw a Budokan guitar case (even though I already have one) that was signed by Ace. I later found out that it was a print when the guy labeled it as ¨real¨. I do hope that you get the guitars you are going for, they are all good choices! Also, the idea of building a replica is pretty smart, I never would have thought of that.” Gene Simmons’ daughter parties in tight corset.

a year now. and good skin