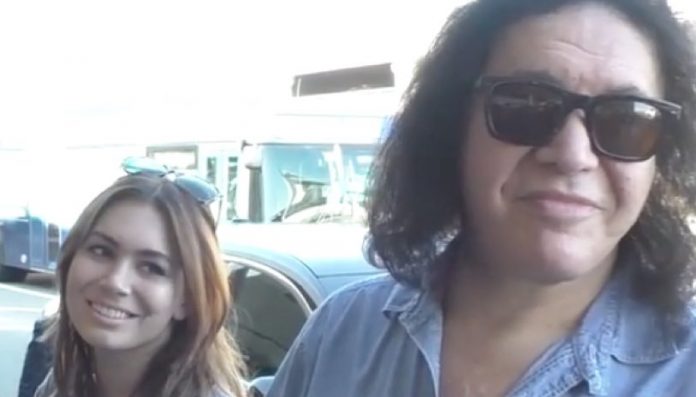 In other news regarding Gene Simmons and KISS, fans recently took to the KISSFaq fan forum to react to the news that Simmons will be launching his own classic rock fan festival entitled – Titans of Rock. Titans of Rock, co-produced by Chuck Varabioff and rock icon Gene Simmons of KISS is billed as “an immersive three-day classic rock music festival like no other, featuring some of the most legendary names in rock and roll!” Past performers of the festival include: Gene Simmons Band, Whitesnake, Bret Michaels, Vince Neil, Burton Cummings, Randy Bachman, Loverboy, Tom Cochrane, April Wine and many more. The first festival in the series is set to take place in Grand Forks, British Columbia August 6th through the 8th 2020.

Gene Simmons daughter uses ‘toys’ in night gown photo. KISSFaq user Arrogant gave an alleged clue on who could be playing this potential event. stating: Looking through the source code, Our Lady Peace and Three Dog Night images/logos have been uploaded to the site. Titans, indeed.”

Fellow forum user So Cruel criticized the distance and location of the event as the user put: “Grand Forks? That’s a small town about a six-hour drive from Vancouver. Who’s gonna go to this?”

While Fartbone quipped: “The lineup will be announced Monday, January 17th HERE and will include legendary rock artists from the USA and Canada. Jan 17th is Friday. What is this? Amateur hour? Gene Simmons’ daughter parties in tight corset.