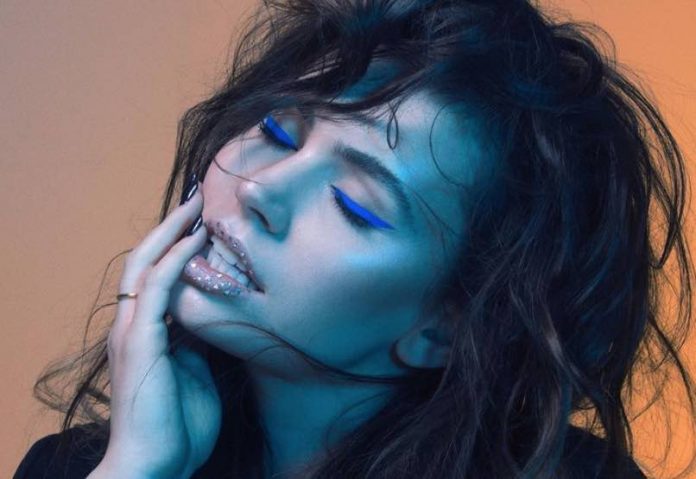 Gene Simmons‘ daughter, the breathtaking and fabulous Sophie Simmons was ‘licking it up’ during a supportive stop at a recent Kiss show at the Tokyo Dome in Tokyo, Japan. Sophie was joined her brother, Nick along with a mutual friend. You can view the video below. Gene Simmons’ daughter backside ‘close up’ photo leaks.

In other news revolving Sophie’s rock star father Gene Simmons, fans recently took to social media to reflect on the impact and legacy of the aforementioned ‘Lick It Up’, which was released back in 1983. One fan said: “The early 1980’s found KISS constantly in a state of flux. Their first three albums of the decade, Unmasked, Music From The Elder, and Creatures Of The Night were ill-received by fans. The drums were vacated by Peter Criss, causing a revolving door of drummers on albums until the band settled on Eric Carr. Ace Frehley left for a number of reasons that ranged, depending on who you ask, from alcoholism to a total lack of interest in the band’s direction, leaving the band with a number of guitarists filling his shoes on Creatures. It was one of the axemen on that album, Vinnie Vincent, who would become the band’s guitarist (although never officially) for a very brief, chaotic, and highly successful time. The culmination of that brief period for the band came in the form of 1983’s Lick It Up.” Gene Simmons leaks this embarrassing daughter dressing room video.

This ‘bad’ photo of Gene Simmons’ daughter leaked not too long ago: ‘I don’t look good’. The fan continued: “On September 18, 1983, KISS appeared on MTV sans makeup. It was the first time in history that this ever occurred. Many, including Paul Stanley, believe that this is the main reason that Lick It Up was such a successful album compared to the band’s earlier work from that decade.”