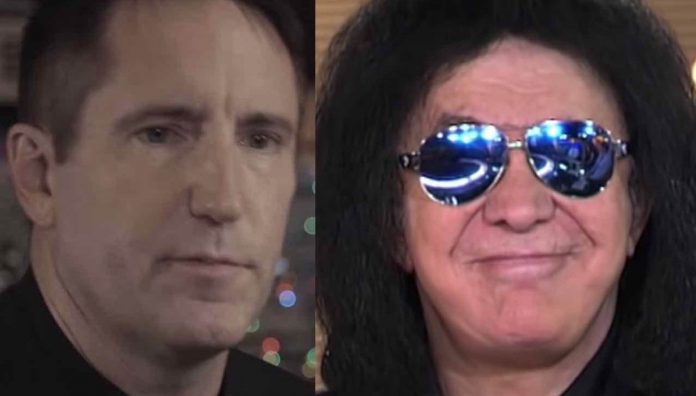 “The good part is that KISS continues in other ways. Whether it’s Tom Morello in Rage Against The Machine, Dave Grohl, Nine Inch Nails, Metallica or any number of people. There is a reference point and that reference point is a band who dared to get up on stage and give you more. I’m not saying we`re the best song writers in the world, the best singers in the world or anything like that but I think that our legacy is going to be, that we raised the stakes.

Once we came out, it was no longer enough to just get up on stage and strum an acoustic guitar. We give people more bang for their buck. You don’t have to stick your tongue out or breathe fire but at least give them a show and give them something for their eyes and ears. Our legacy is that we raised the stakes and whether you’re going to see Sir Paul on stage and there’s fireballs and explosions going on or anybody else, that came from one place. A band that dared to break the rules.

We were four knuckleheads from the streets of New York City who decided to put together the band that we never saw on stage. KISS will not be over. Our legacy will remain in all of those bands that follow and what a legacy that is. KISS may well continue with Vegas shows, movies, cartoons and all kinds of stuff so this will not be the end of KISS by any stretch of the imagination but you’ll have to wait until the tour is over to see what happens next.”

Paul Stanley recently told Kaaos TV, “You have to have passion for what you do. If you don’t have passion, as soon as things go bad, you don’t want to do it. If you have passion, you want to save it, revive it, bring it to a higher level. I love what I do, so I could never imagine not doing it. The reason it’s lasted this long is because I love what I do. I’ve always thought of KISS as my band. That doesn’t mean anyone else can’t think of it as their band, but it’s that close to me. KISS has been the gateway to so many things. It opened up a door for me to explore life.”