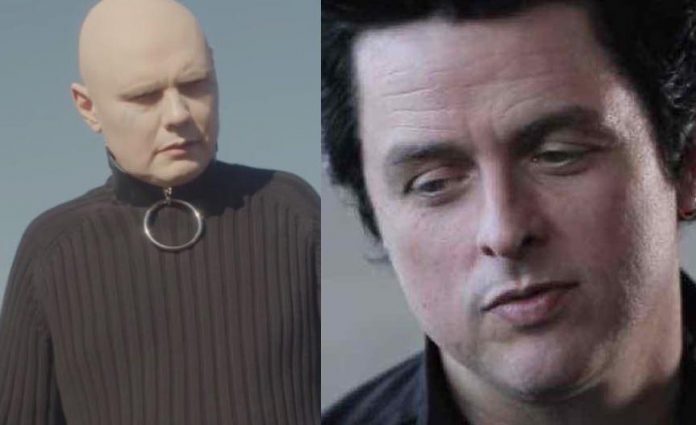 Green Day bassist Mike Dirnt discussed fans being disrespectful and ‘rioting’ on The Smashing Pumpkins’ headlined 1994 Lollapalooza tour in a new NME interview. He also claimed that Green Day had sold more records than the Pumpkins and other bands on the tour, and should have been higher on the bill. A Billie Joe Armstrong tour ‘replacement’ was just revealed.

Dirnt said fans were not happy that Green Day played a hosrter set due to being the opening act. “By then we had sold more records than everyone else on the tour,” explains Mike. “They were f***ing stupid enough to run us as the opening band and then blame us for rioting and shit. Come on, dude, really? But you know, we were kids. Of course we loved it! F*** yeah!”

Armstrong also discussed playing at Woodstock 1994, with 550,000 fans showing up even though only 164,000 tickets had been sold. He said, “When I think about that show and how crazy it was, being in front of a national audience, and flying away in a helicopter afterwards, that was when I realised: ‘Oh, things are starting to happen,” he remembered. “It was: ‘My life is about to take a totally different turn’.”

Green Day recently made an ’embarrassing’ drug claim. Green Day just released their new album Father Of All… OdaibaBay wrote a review on Reddit, “No real killer songs here but it does sound like they had fun making it. Honestly as a fizzy, ‘blow off steam’ kind of album from them it’s fine. I got a bit sick of that kind of content from them after the mis-step that was the Trilogy. But I can kind of grin and bear it for a second time. There’s a couple of tracks I dig here like Fire, Ready Aim and I was a Teenage Teenager. But most are pretty forgettable, not really bad, just kinda short simple songs with some good tunes here and there.

Honestly in this context I’m glad it’s short and to the point- the Triology was a lesson in how overblown and pointless 30+ simple rock songs can be. Here at least it’s a short sharp shock.

Man of the match if definitely Tre, what saves a lot of these songs are the chugging pounding drumlines.

Planning on seeing them live on the Mega Awesome tour, if they play a handful of these tracks it could be great fun. Hope they don’t over-egg the pudding and make it 1/3 of the set though.

Feel like if it was just treated as an EP and had a better cover and a better name this would be up there with Foxoboro as a cheeky fan-favorite. As a full album I really don’t know where to place it. Probably just above the Trilogy at the low end of their discography for me. But like I say, Green Day’s worst is still pretty darn listenable.”

You can read the full interview at NME.