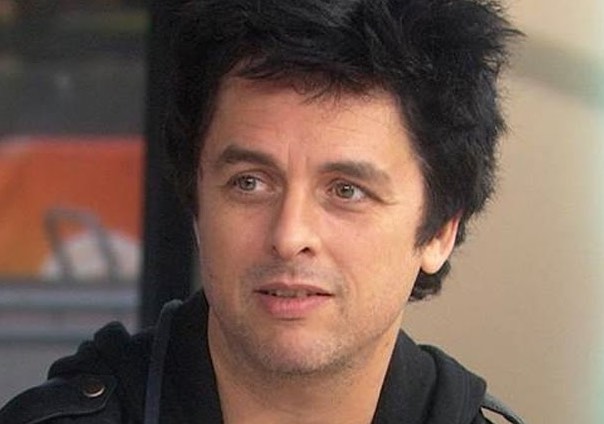 Green Day fan Jmsmnn, whose real name is James Mann took to social media via Reddit to reveal a story about how Green Day frontman Billie Joe Armstrong called his wife personally when she was fifteen after she sent fan letters, but she hung up thinking he was lying, and Billie’s wife even tried to convince her! Billie then filmed a video for the girl, seemingly with the help of his wife. This Green Day member was caught wearing a horrible wig.

Mann posted the video on his personal Instagram, he said about the altercation: “Almost twenty-five years ago you turned a fifteen year old girl into a lifetime fan after she hung up on you and your wife when you called her after receiving her fan mail. She’s seen you many times since and we can’t wait to see you soon in Detroit. She still guards this VHS tape with her life.” This Green Day family [was it Tré Cool’s?] made a painful rehab announcement recently.

Writing about the incident on Reddit, Mann stated: “In 1996 Billie Joe Armstrong took time to call my wife when she was fifteen. She would send him letters often. One day he called her house to thank her. Being a young girl from a small town, she couldn’t believe it was really him so she assumed it was a prank call and hung upon him. His wife immediately called back to try to convince her it was real. She hung up on her too. A week or so later a package showed up with a video in it. In the video, he held up the letters she had sent him and thanked her for them. Green Day made a ‘final’ show announcement for a big name not too long ago.

Mann concluded by saying: “I’ve never been a huge fan of Green Day music. But I really respect Billie Joe for being so good to his fans. And I take her to see them every time they Come to Michigan.”