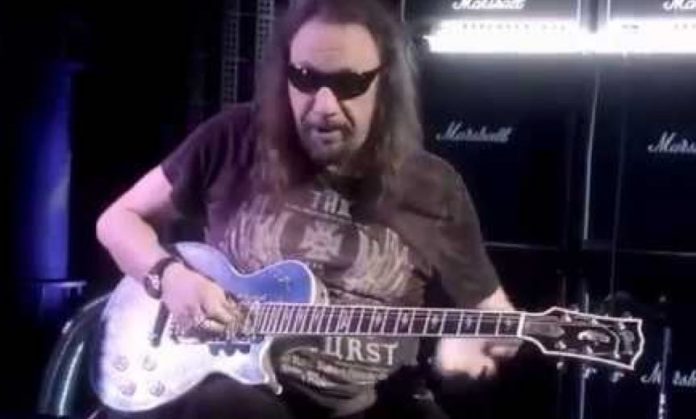 KISS legend Ace Frehley has four upcoming concert dates in southern California and while it’s great to see him still being active, one KISSfaq fan forum member revealed the sad truth. According to user Doose, the Ticketmaster sales for these upcoming dates have been ‘very, very, weak’. We will let you judge for yourself. Ace Frehley was recently filmed throwing bottle at a KISS performance.

Another forum member named Diss responded by saying: “[It hurts to say, but Ace doesn’t deserve to have a good turnout with the way he’s been playing and the totally uninspired, uninterested vibe he’s been portraying live. I doubt I would go see him at this point. Too painful to watch.”

KISS called out ‘ridiculous’ Ace Frehley reunion hopes earlier in the year. The user continued by saying: “I’m tired of seeing artists who don’t care about the music, who are just out there because they have to be or want to be financially, who don’t seem to have any appreciation for their own back catalog of material, who do nothing new or interesting or exciting from a MUSIC perspective. It bores me to tears. In Ace’s case, it also just makes me sad, because he used to be the one guy from the band who I could usually count on for a great show with an interesting setlist. Not anymore. Not for a long time now.”

Whereas RedintheSky put: “There’s no doubt that Ace isn’t drawing them in well these days. But to be totally fair, those shows have General Admission areas where you cannot tell on Ticketmaster how many tickets have been sold. Apparently KISS fans don’t want to sit at the tables where you have to spend more. For example, at The Canyon Agoura Hills this Saturday, it says “If you purchase a ticket at a table, you are required to order dinner. Minimum spend is $25.00 per person.” Who wants to do that? Not many it seems. I want to eat dinner at home or a place of my own choosing and then go to the show. Ticket prices and fees are pricey enough (and the table tickets are the most expensive). Who wants to be forced to buy dinner/drinks”

The forum user concluded by writing: “Again I’m not saying without the tables that Ace would be packing these places, but you can’t tell how the GA sections are doing. He should have just booked normal, regular venues, instead of ones with this table nonsense” KISS icon Paul Stanley revealed this creepy wife photo recently.